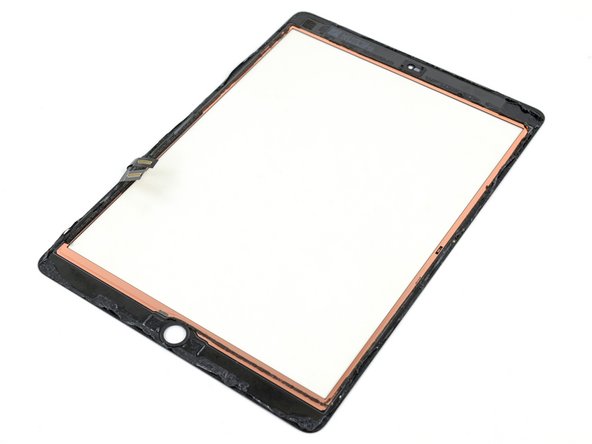 Note: this guide is for the LTE version only. For the Wi-Fi version, click here.

The home button's Touch ID sensor is paired to the logic board. In order to retain Touch ID functionality, you'll need to transfer and glue the original home button to the new front panel assembly.

Be very careful when you isolate the battery using a battery blocker. The battery contacts are easily damaged, resulting in irreversible damage. If you choose to complete the guide without isolating the battery, avoid using metal tools except when completely necessary (like when removing screws) to prevent shorting the battery and damaging sensitive circuit components.

Some photos in this guide are from a different model and may contain slight visual discrepancies, but they won't affect the guide procedure.