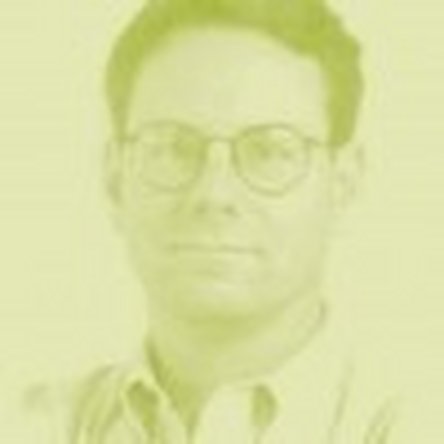 help would be appreciated with a Touch ID problem

Any help would be appreciated with a Touch ID problem I am having:

I purchased iFixit's "iPhone 6 LCD Screen and Digitizer Full Assembly" and succssfully removed the broken screen from my device. I also removed the battery at that time and replaced it. No problems with disassembly. I did not have to struggle to get any parts out, and nothing was seemingly damaged, including the home button/Touch ID assembly when performing those steps. Though the new battery was now installed, I did not have it connected while completing the re-installation of the phone's new screen/digitizer and its old touch ID assembly. The phone is running iOS 11.2.2. After those steps were completed, I connected the battery and turned on the phone. All seemed OK, but an alert message showed up soon after the phone booted: "Cannot set up Touch ID on this device."

With respect to the home button, I followed steps 28-34 from this guide precisely.

Visiting "Touch ID and Passcode" in Settings shows that all functions for using Touch ID (iPhone Unlock, Apple Pay, etc) are disabled. Enabling any one of them causes the first screen in the Touch ID setup process to display, but then a failure screen (not just an alert pop-up) shows up imemdiately thereafter, with the same soft of message: Touch ID can't be enabled on this device. The button's single- and double-click functions work fine and the phone otherwise works OK.

I then tried a suggestion seen in this or a similar iFixit forum thread to restore the phone's contents from a backup (which I had made just prior to my installing these new parts), but that did not help.

Is there anything I can do instead to try and get Touch ID to work?

One more thing: When I compare the replacement screen assembly I received from iFixit and subsequently used to repair the phone, I can see that it differed slightly from the photograph seen in the iFixit catalog entry on the website insofar as that the picture in the catalog shows a bright blue piece of adhesive tape that is adjacent to the hole in which the home button fits, and this tape is apparently protecting something underneath it. But my item did not have a piece of tape such as that attached to it. Moreover, it's not clear, either from the new part or the old, that there is any difference in the parts (other than the fact that the old part has some small cracks in its glass face). The home button's cable connector and all that goes with it, which I am not replacing but merely reattaching to the new screen assembly, is on the other side of the home button hole.

Is it the cable connector for the touch button that seems to run under the LCD sheild plate, which came already assembled in the replacement part I purchased, the one that has, in some iFixit discussion forums, been described as faulty and therefore needs to be reissued to me by iFixit? References to what I think are that particular problem are somewhat dated, and so I would think that my part having been sent to me only a month ago, would not be bad in that respect.

I have replaced a couple of screens before (though not an iPhone 6) and not had such problems before.

Any thoughts you have would be most appreciated. Thanks!

Have you tried the home button extension cable metal plate from the old screen?

If not, try it because if it works it will save you lots of time and hassle for touch id issues.

There are possibly two reason for Touch ID not working.

1. Home button is damaged( home button has physical micro switch which is still working but fingerprint sensor/reader part is damaged)

2. Flex that connect home button to motherboard is faulty.

Now test your phone with old lcd, if your Touch ID work this time. It means flex in your lcd is not good, you can use from old lcd or get new replacement.

If your Touch ID don’t work even with original flex it means home button broken and unfortunately there is no fix.

I hope this will help you.

I had this issue. Make sure you wipe the phone completely before doing a restore from backup, and upgrade the OS. That worked for me. After just doing a reinstall, couldn't get the Touch ID to register. Something about a full hardware reset connects to the home button.

Thanks for the input. With the phone running 11.2.2, which at the time was the latest version of iOS, I was not in an easy position to update the operating system, Nevertheless, I ran another (encrypted) backup and, this time, "Reset all Settings" on the phone before restoring from that backup. That alone did not result in Touch ID working. The phone restored fine, but the default start-up sequence, which prompts the user record a fingerprint (if they want, and I took that route), failed in the same way as before.

In the meantime, 11.2.5 has been released. This is not my phone, so I don't have convenient access to it. But I'll be able to run the update to bring the phone to 11.2.5 in a day or two. Hopefully, as you suggest, that will make a difference.