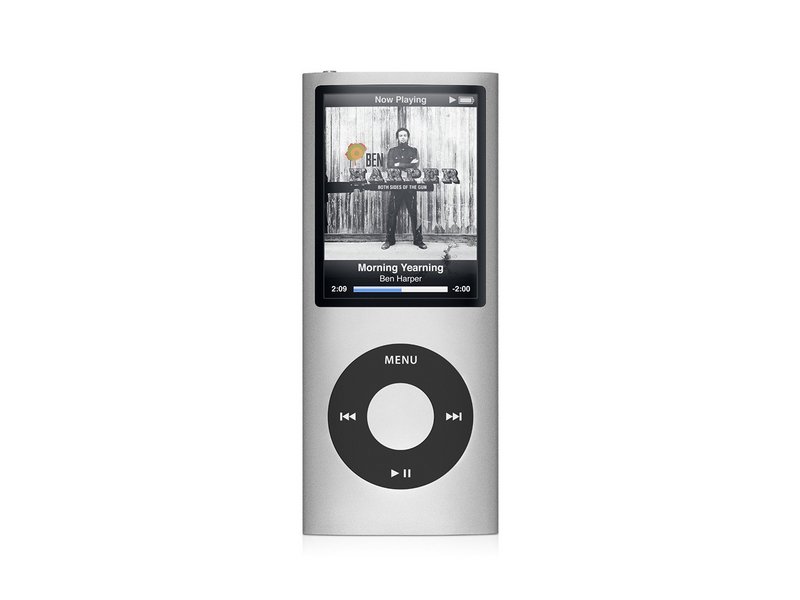 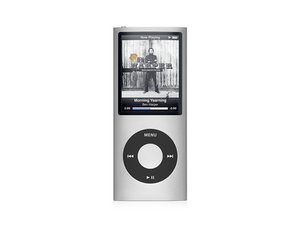 The 4th Generation iPod Nano is new in its design, returning to the classic tall and slim profile but featuring a curved front face and a glass display cover. Troubleshooting and replacing parts is fairly straightforward.

No matter what you do, you can't get your iPod to turn on.

Before delving into the guts of your iPod, check to make sure the hold switch isn't activated. If the hold switch is on, the iPod will ignore any input on the click wheel and refuse to do anything. If your iPod's problem isn't so easily solved, read on.

If your iPod won't turn on, especially if it has not been used recently, you may simply have a drained battery. Plug your iPod into your computer or AC adapter and see if anything happens. Ideally your iPod will recognize it has been connected to a power source and charge its battery. If it will no longer charge, it must be replaced. Replacing the battery is very difficult (it requires soldering). If you are not confident in your soldering abilities, replace with a logic board/battery combination.

If absolutely nothing happens, it is possible that your iPod is not receiving your instructions because the click wheel is bad. Therefore, to fix this problem, you need to replace the click wheel.

If your iPod does nothing when plugged into a computer, the problem most likely lies in the logic board. We offer the instructions for installation.

No audio or distorted audio

Your iPod turns on and appears to work, but when you plug in headphones or speakers, the audio doesn't play properly.

The most likely cause of audio output problems on iPods is a bad audio-out jack. Unfortunately, this jack is attached to the logic board. Therefore, you will need to replace the logic board assembly.

Your iPod displays the text "Use iTunes to restore" on startup

Sometimes, a reset and restore will fix a sad iPod. Connect your iPod to your computer and use iTunes to restore the iPod. Restoring the iPod will erase everything on it, so make sure everything on the iPod is stored elsewhere prior to restoring. Sometimes it may be necessary to restore the iPod several times before it works properly. If you are unable to restore your iPod using iTunes, you can hard reset your iPod. iPod Nanos can be hard reset by booting while holding the menu and play/pause buttons. This should result in a quick dark screen followed by the standard Apple boot graphic.

If restoring the iPod didn't work, the sad iPod is likely caused by a problem with the logic board. There's not much to troubleshoot here. Basically, the only option is to replace the logic board.

The iPod displays an image of a folder when turned on.

One of the nice things about iPod Nanos is that their flash memory is nearly impervious to damage from dropping the iPod. Unfortunately, this also means that the memory is soldered to the logic board. Therefore, you must replace the logic board when an internal problem arises.

The iPod either boots to an Apple logo and freezes or continuously reboots.

This is likely the cause, and the logic board must be replaced.

please, my ipod display screen lock and all effort to put it off has turn to nothing. What can i do . Urgent.

My ipod nano will not display my audio books on Itunes so that I can delete them. Only my music shows up. Also when plugged into my computer my music and audiobooks do not show up. They did on previous versions of itunes, but I can't download previous versions.

My iPod plays but the screen is almost white, can just make out what's on screen. How to make screen normal?

my iPod charges when plugged in to full but when unplugged it goes off and doesn’t come back on.

what should I do?