Still trying to figure this out. I have a very nice 27" late 2009 iMac. The hard drive started having issues and tests indicated it was getting ready to die (as well as real time symptoms). So I purchased a new 512GB Crucial SSD, I opened the iMac, replaced the ssd including a new temp sensor cable, blew out dust, closed it back up. Worked fantastic (I preloaded El Capitan on the SSD).

BUT it was now only reading 8 of the 16 GB ram. So I removed all the Ram again, blew out any dust, and reset the ram, still no joy, So I reset the NVRAM. Zapped PRAM, and reset SMC, no joy.

I tried the following:

Only two sticks on left side slots, 8GB

Other two on left side. 8GB

One from each group two sticks. 8GB

Now two on only right side 8GB

Now other two on right side 8GB

Same sets of two, but one on lower left and one lower right, 8gb

Now the same procedure with the other two sticks.

No matter how many, or what order, or combination I place them only two of the sticks are recognized.

So this is telling me that the slots themselves are functioning

SO I check the memory, They are 1033 and have been working since the Apple store placed them in the iMac six years ago when they replaced the Hard Drive (Recall service).

This memory was for the Early 2009 iMac if my reading forums, and sites correctly.

In the meantime I wipe drive reinstall El Capitan.

They come I install them do the Zap PPAM, NVMC and SMC resets. still 8GB

I verify the new memory is good on another computer.

Ideas, suggestions would be appreciated.

I posted this previously but chemo meds do a wonder to focus and memory, my apologies. 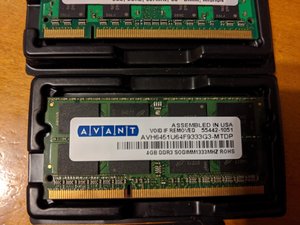 First Replacement based on what was already in the iMac, based on assumption two sticks not working 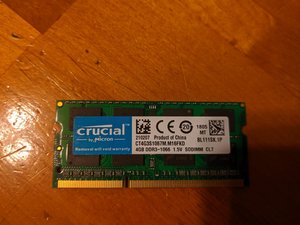 Crucials I bought after double, triple, quadruple checking Apple, and other sites. 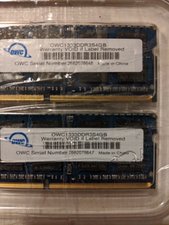 Avant, what has been in and running in the iMac since 2014?