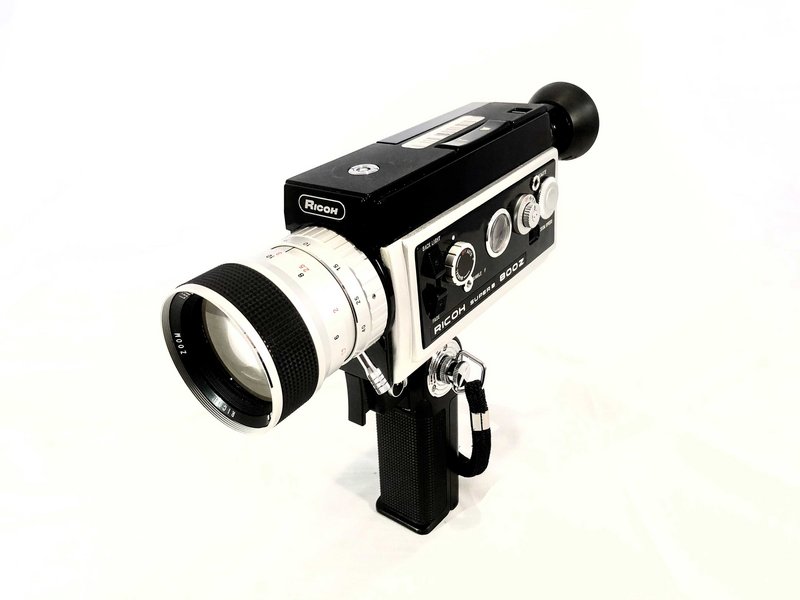 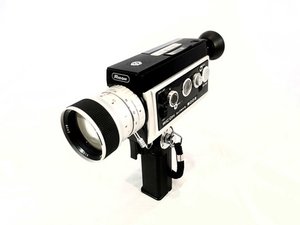 The Ricoh Super 8 800Z was in production from 1973 to 1976. It is an 8mm vintage film camera marketed for private use. As with most other Super 8 Cameras of the era, it has its appeal in it’s tactile, involved, and analog nature. It has made a partial resurgence with uses by artists, skate/music video producers, as well as collectors. The old school appeal comes with its drawbacks, as parts for these cameras have become scarce with the years passing and people moving onto digital and easier means. Repairing a Super 8 is an involved and challenging process, from sourcing parts to installing them.

The camera has a silver and black casing as well as a foldable handle for easier shooting. The manufacturer and model number is featured on the right and left side, with “Ricoh” having another badge on the front fascia of the camera. The film compartment is accessed via a swing-down compartment on the right side of the camera. Features a high mounted eye piece and compact lens. It cannot record audio, but has sockets for tripod/other mounting and film lighting. Has three frame speeds, 18 being for standard video, with the 24 and 32 fps settings allowing for “slow motion” video shots. Features fade-in/fade-out capabilities allowing for transitions to start and end shots. Camera also comes equipped with backlighting control that allows you to lighten backlit subjects.

Focus: Manual and Automatic, Range of 1.5 m to infinity

Super 8 Camera Usage (Video does not feature a Ricoh 800Z, but insightful)