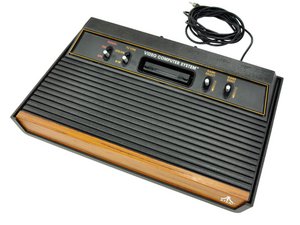 The Atari 2600 or Atari Video Computer System (VCS) is a video game console released in September 1977. The 2600 runs a MOS Technology 6507 CPU and uses ROM cartridges for storing games. 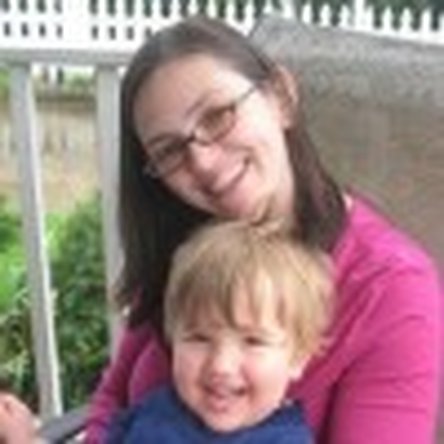 Why does player 1 pull to the left?

My 2600 still works except for one problem - player 1 pulls to the left. On some games, the problem is avoided by just playing player 2, but single player games are more tricky. Games like Defender are ok because you can just go to the left (the best you can do is stop if you try to go right). Games like Kangaroo are impossible since both directions are required.

It's not the controller (I've tried several that work fine for player 2, but not player 1), and the wheel controllers (for Circus Atari and Kaboom, etc.) work just fine.

Nothing has obviously had its smoke released on the inside, but I'm also not an electrical engineer, so I have no idea what could be the culprit for such an issue.

Ideas? Or do I just need to accept that my 30-yr-old game console might be past its prime?

If you have difficulty finding part let me know and I need make, model and serial number so I can search while you do. If I find part first I will post link for you.

Can anyone pick out for me the best product among those listed on this site? https://onlychainsaw.com/best-portable-t...

If you have a 4-switch model like the one shown here, and you're not afraid to open it up and look inside, then there's a couple of things you can check out. Referring to step 9 of the teardown, I believe the player 1 jack is on the left side. According to the joystick pinout, pin 3 (middle in the row of 5) corresponds to the left direction. If you trace the pin from the jack, it goes by capacitor C229 before going to a pin on the 6532 IO chip. (In step 10, where you can follow the trace, the jack is on the right side.)

If neither of those is the case, then you probably need to replace the 6532 chip. You can still buy these from Jameco Electronics!

Awesome! Thanks so much! We're in the middle of moving right now, but once I dig it out again, I'll give those things a try!

You can also buy a variety of Atari parts (including the 6532) from http://www.best-electronics-ca.com/index...

Also look for any bent pins on the port where you plug in the controller. Make sure there's no debris in there either, even a metal shaving could cause a short in the exposed ports.

That said, I know you said it's not the controller, but the controllers are almost always the cause of this issue. In your case, it sounds like a short somewhere, but others should be opening the controller and checking for a broken or twisted plastic keypress ring on the controller, or a controller switch whose tape has worn off, allowing the dome to touch the base wire. Simply re-taping with cellophane tape is usually good enough to fix this.

Your game may be 30 yrs old, but your problem is most likely the plugin port for your #1 controller. There maybe a easy replacement part with a ribbon, but I also doubt it will have ribbon connector. If you are lucky enough to find a plugin port it will most likely have solder ends coming off it that you will need to solder the wires exactly the same way to board inside console.

Has this been answered?

I would suggest opening it up and looking to see if the controller port is broken. I would make sure to see that the pins are soldered securely, without any bridges to ground. Pin 3 is left, and Pin 8 is ground, and they're right across from each other.