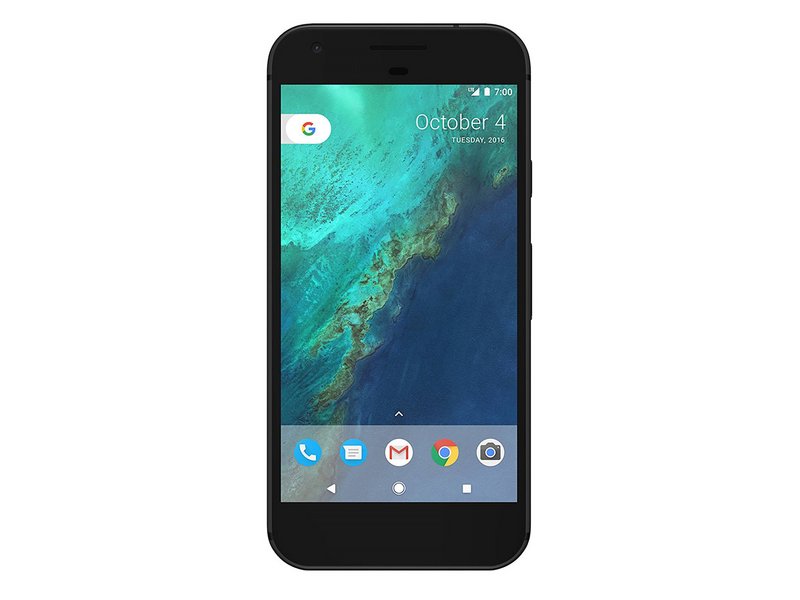 The Google Pixel won’t turn on when the power button is pressed.

The phone could be drained of battery, which is why it isn’t turning on or responding. Try plugging the phone into a charger to make sure there is no hardware issues occurring. If the phone’s usual charging signs are occurring it simply isn’t charged. If the charging signs don’t occur, there could be an issue with the charging port or battery.

It is possible that there is an issue with the battery of the phone or the battery has run out of battery life. If plugging the phone into a charger doesn’t help, try replacing the battery by following this guide.

To see if the screen of the phone is damaged, plug the Google Pixel into a charger and look for the battery icon. If the battery icon appears, try to reboot by holding down the power button for 30 seconds. If a red light shows, then the battery is completely discharged. Wait 30 minutes and then reboot. If neither shows, then there may be problems with your screen. Hold down the power button for 30 seconds, and then wait 2 minutes. Try to call the phone from another device and see if it lights up. If it rings but does not light up, the screen is most likely damaged. To replace the screen, follow this guide.

The phone may be experiencing a system crash. This is a common issue that all phones experience from time to time. Hold the power button for 10 seconds and if the phone has enough battery life it will reboot.

The Google Pixel won’t charge when plugged into a power source.

Check to see if there is any dirt or lint in the charging port or surrounding area. Blow air into these areas or wipe them with a cloth to ensure that there is nothing preventing the phone from charging.

Check to see if the charger being used is working by plugging it into a different device. If the second device still does not charge, try using a different USB Type C charger.

If the charger is confirmed to be in working condition, but the phone will not charge, it is possible that the charging port is damaged. To replace the USB Type C charging port, follow this guide.

It is possible that the device’s battery is no longer working properly. To replace the battery, follow this guide.

The Google Pixel Restarts, Freezes, or Crashes When in Use.

System is Out of Date

Updating the system on your device may fix this issue. Open the device’s Settings app > System updates. If there are updates available, install them.

App is Out of Date

If an app is out of date it can cause the phone to freeze or crash. To check for app updates go to the Play Store app > Menus > apps & games. Apps that need an update have an "update" label on them.

App is Causing the Issue

If the phone’s storage is too full, it may not function properly. To clear up more space, delete unnecessary files. To check available storage, open the device’s Settings app > Device > Storage. If the phone has less than 10% storage available, this may be the reason it’s experiencing issues.

The Google Pixel won’t respond when the screen is touched.

The phone may be experiencing a system crash, which is common for all phones. Restart the phone by holding the power button and pressing restart. If you don’t see a restart button, hold the power button for 30 seconds until the phone restarts.

The screen may not respond to touch due to debris accumulation. Clean the screen and then attempt to use the device.

If the phone is cracked or chipped, it could result in the screen not responding. To replace the screen, follow this guide.

The microphone on the Google Pixel won’t record audio.

Performing a factory reset on the device restores it to how it was when it was purchased. This may solve software issues with the microphone. Make sure to back up the device before restoring it. To perform a reset, open the Settings app > Personal > Backup & Reset > Factory Data Reset > Reset Phone. Enter the pin if prompted, then tap "Erase Everything," then "Reboot Your Device" once the process is finished. Afterwards, restore the data.

The microphone on the phone could be broken. To replace the microphone, follow this guide.

The fingerprint scanner does not register fingers and will not unlock the device.

Check to see if the scanner is being obstructed by dirt, lint, or anything else preventing the fingerprint from being scanned.

Fingerprint Has Not Been Saved

If the fingerprints have not been saved, or have not been saved properly, the device will not unlock through the scanner. Navigate to Settings > Personal > Security > Pixel Imprint, and then proceed to follow the on-screen instructions.

The scanner will fail to read fingerprints if it is broken. To replace the fingerprint scanner, follow this guide.

The Google Pixel won’t transmit audio when headphones are plugged in.

Check to see if there is any dirt or lint in the headphone jack or surrounding area. Carefully clean the area with a toothpick or cotton swab to ensure that there is nothing preventing the headphones from connecting to the device.

To see details about all methods, you will visit my site bestusefultips.com.

second google phone now (pixel) with issues within 2 months. go with samsung. i’m done with pixel and google. black screen and only vibrates. battery at 80%.

Ditto when mine first pixel 4A went out after 6 months, at least part of it I got to refurbished phone after replacing everything I could possibly replace and that didn't fix it plus I was at another $150. Now the second replacement phone doesn't work right!

Thank you so much! I got worried for a second. My system had crashed at 1% battery, so I had assumed that it had just died. When I plugged it in and it didn’t work, I got really nervous. But it actually needed to be rebooted—so simple!