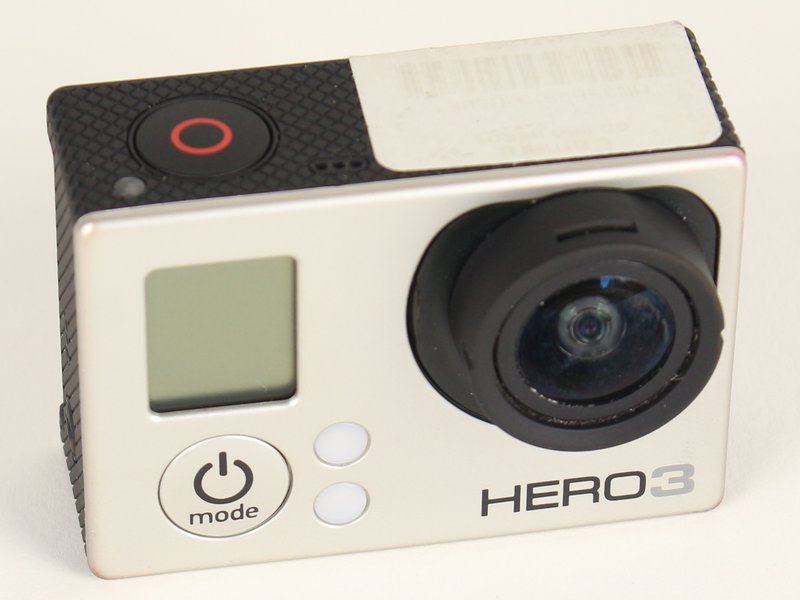 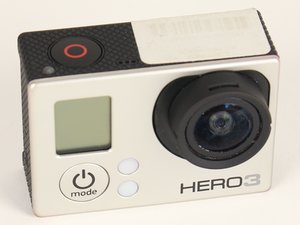 The GoPro Hero3 Silver is a small portable camera used in extreme situations. It is made up of many small parts that can be damaged and need replacing. This troubleshooting guide will make it easy to identify your GoPro's problems so you can fix them.

No matter what you try, your GoPro won't turn on.

If your GoPro is fully charged but still won't turn on, there might be a problem with the motherboard and might need to be replaced. Check out our guide on how to replace your motherboard

When connecting the GoPro to the power adapter, the device isn't charging.

Make sure that the charging cable is plugged in and connected to the GoPro. If the light on the charger is not on then you should consider buying a new one.

If the charger is working fine but the GoPro still won't charge, you should consider replacing the battery. See our guide on how to replace a dead battery.

The charging port is connected directly to the motherboard. If the power adapter and the battery are both new and the LED light on the device indicating that its charging is not on, then the charging port might be damaged. In order to fix this problem the mother has to be replaced which is explained in the guide.

When you turn on your Gopro, nothing appears on the screen.

Check to make sure your device is fully charged and turn it on. If the LED light indicating the device is on is working and nothing appears on the screen, there might be a problem with the LCD panel which will need to be replaced.Here are the steps in order to replace your LCD housing.

When using your GoPro, the screen freezes and device stops working.

If you are trying to take a picture or video with the GoPro and your camera freezes, that usually means that you might need to update your device. This can be done on the GoPro app on any computer or mobile device connected to WiFi.

One of the reasons your GoPro might not record or freeze up is because the wrong SD card is inserted. The SD card for the GoPro Hero3 Silver is shown in the instruction guides.

When you turn on your GoPro, the device reads SD ERROR

If there is a bandage sign on the screen of the GoPro, then the file was corrupted during filming. To fix this problem, take a look at the instruction guides.

If your GoPro has the SD card in the wrong format, it has to be reformatted. Here is a how to format your SD card from your GoPro tutorial.

No sound or distorted in videos

After recording a video and uploading to a computer, the video has no sound or distorted sound.

If you record a video with the GoPro and upload it to one of your devices and there is no noise then there might be a problem with the microphone on the GoPro. Take a look at our instruction guides on how to replace the microphone.

If the GoPro is dropped in water there, a lot of the device might be damaged. One of the parts that might be damaged is the microphone which can be replaced as shown in the instruction guides.

When device is turned on, it is not able to take pictures or record.

If you press record but there is no click, and the GoPro doesn’t record, then the record button is broken. Since the button is part of the GoPro’s housing so the housing needs to be replaced.

You are unable to upload your pictures and videos to your computer.

When trying to upload videos or pictures from your GoPro to your other devices, make sure your GoPro's wifi is turned on. This can be done by pressing the wifi button on the side of the GoPro.

I have a GP, used it lightly maybe 20 times. The POS is failing already.

What type of GoPro do you have?

I have a go pro 3 silver and it will turn on and wifi seems to work. It is stuck in updating mode and will not come out of it . I have tried to reset and replacing the SDK card still no change. Any advise out there

I see the files and they have diffrent sizes but cant download. In the app all videos says 1sek and shows black image? SD card direct to computer the files wont play (but you see them and the sizes..)

I have a gp hero3 silver . It flattens the battery quickly even if the camera is off. I have new batteries and they were fully charged .

Would this require a new mb ?