投稿: "How can I reset a managed chrome book back to...

How can I reset a managed chrome book back to factory

Hello, I purchased a chrome book off of ebay with a cracked screen , after replacing the screen and booting the device i found that it was a managed device ive tried several ways of rebooting , power wash even reinstalling the operating system with no avail ..

Any tricks to return it to factory ??

You can but it evolves changing the serial number internally. Follow the following steps exactly how I post them.

BEFORE you put the Chromebook into developer mode, the Read/Write screw AND sticker must be removed from the motherboard. See pictures below. 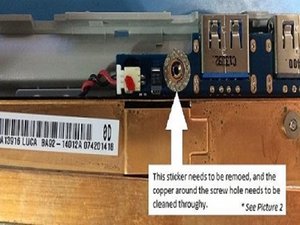 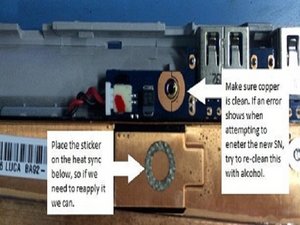 Once the Read/Write sticker is removed placed the bottom plate on, but do not screw it down, it has a higher success rate without the screws of the bottom plate screwed in, and just in case you have to get back to the motherboard and re-clean the copper. Continue to the next page and follow the steps in order to change the Serial Number of the Device.

Get to developer mode: Chromebook XE303C12

On this device, both the recovery button and the dev-switch have been virtualized. Our partners don't really like physical switches - they cost money, take up space on the motherboard, and require holes in the case.

Plug the DC Power in

Hold down the Esc + Reload icon + Power until the display turns on then release.

At the screen that says the “Chrome OS is missing or damaged”, press Ctrl + D then Enter.

At the screen that says “Chrome OS verification is turned off”, press Ctrl + D, the device will restart and progress into developer mode.

If it does not let you past this step saying the administrator has blocked developer mode. Remove the battery and the ac power cord from the device and press and hold the power button for 30secs, then plug the ac cord in only and try again, it should bypass the admin block.

Do not touch or do anything for 9-15 minutes until it progresses back to the “Chrome OS verification is turned off” screen, then press Ctrl + D

Once in developer mode: Chromebook XE303C12

Type as shown below, if it’s Capital leave it Capital, if its lowercase leave it lowercase. Spaces are important make sure if there is a space you type it in the terminal.

Once you type vpd -l, this will display the current motherboards information including the motherboards current serial number.

The Product S/N will be the Serial Number with the last letter. Make sure the serial number is CAPITAL letters.

The Product S/N will be the Serial Number without the last letter. Make sure the serial number is CAPITAL letters.

If flashromPartialWrite() error displays go back to the Read/Write Copper where you have removed the sticker and re-clean the area with alcohol and try again. Make sure you shut down the chromebook and remove the battery before cleaning.

You can now type “vpd -l” then Enter to verify that the serial number has changed.

Once the S/N change has been verified

This will reboot the system back to the screen that says, “Chrome OS verification turned off”

Press the Spacebar to re-enable the Chrome OS Verification.

Press Enter to restart the system.

This will allow you to use the chromebook like normal. It shouldnt cause any issues, but if it does let me know.