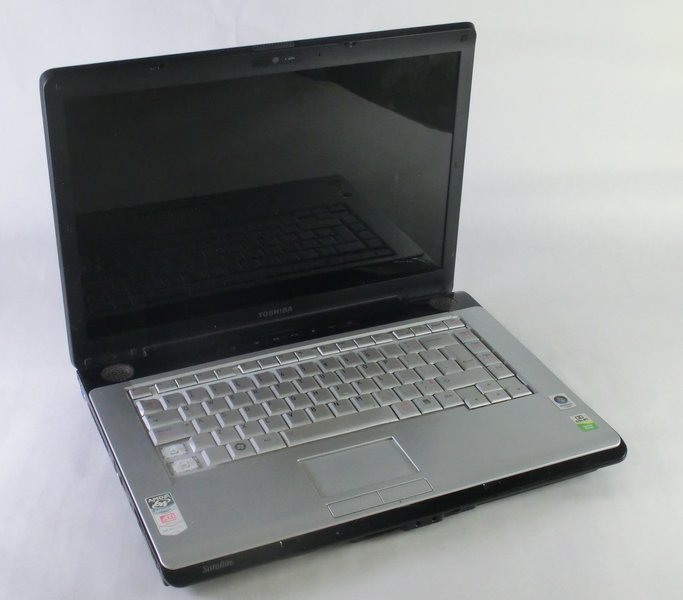 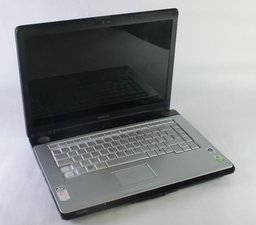 A laptop by Toshiba with a 15.8" display and runs Windows. Has a straightforward repair similar to most laptops. Requires only a screwdriver.

Solutions to common problems with the Toshiba Satellite A210 can be found here.

The Toshiba Satellite A210 comes with a stock 2GB RAM. This can be upgraded to a maximum of 4GB RAM (2GB x 2).

The Toshiba Satellite A210 laptop has a black upper case and silver/black lower case with a 15.8”display. To recognize that you have a Toshiba laptop, an obvious clue is the large Toshiba logo emblazoned in 0.75 inch silver letters across the upper case. If you turn the device on its back with the bottom case facing up, you will notice an identification sticker on the left side. This identification sticker should include the name: “Toshiba Satellite A210” along with other information about the model and serial number. One other source of identification to make sure you have the Toshiba Satellite device is to check for the word “Satellite” written on the black plastic casing below the mouse touch pad and to the left. This logo is visible when the screen is closed.

It runs Windows Vista Home Premium Edition. It has an AMD Turion™ 64 X2 Dual-Core Mobile Technology TL-58 with a clock speed of 1.9GHz. It has a default 2GB of system memory with a maximum of 4GB allowed.

It is a discontinued laptop series and was replaced by Toshiba's Satellite C Series.