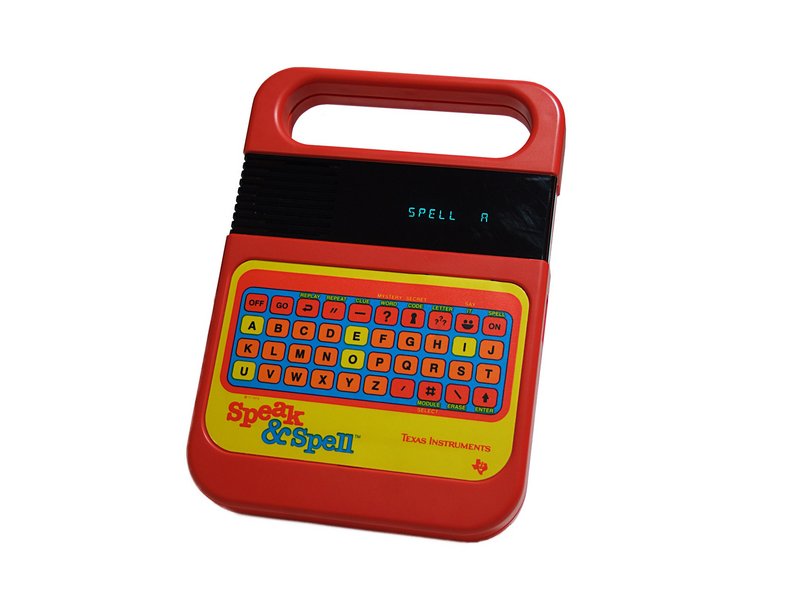 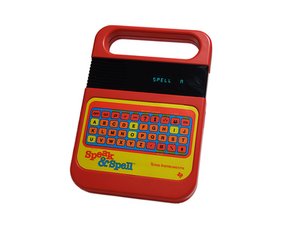 The first Speak & Spell was introduced at the summer Consumer Electronics Show in June 1978, making it one of the earliest handheld electronic devices with a visual display to use interchangeable game cartridges. The Speak & Spell is designed to be an educational toy for children, allowing them to practice spelling the words that the device plays.

A modern rendition of the 1980s Speak & Spell has been available on Amazon since July of 2019. This new version claims to be true to the original device with 80s graphics and sounds. The Speak & Spell offers five play modes: Spell, Mystery Word, Say It, Secret Code, and Letter.

The Speak & Spell is a rectangular toy with a red body. It has a physical keypad, carrying handle, and black display screen.

If the Speak & Spell isn’t turning on, it can be reactivated by pressing the small reset button on the back of the toy.