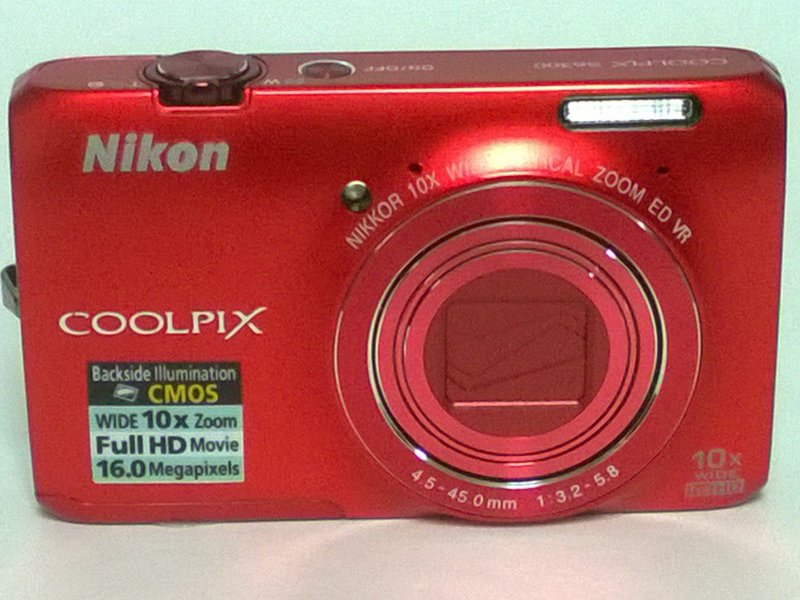 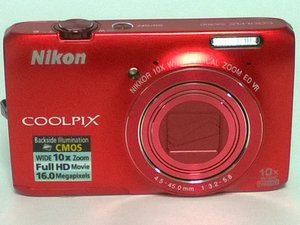 The Nikon Coolpix S6300 is a HD camera capable of capturing 16 megapixel photos and video in 1080p. The S6300 is a compact, versatile camera with a powerful 10x zoom optical lens, making it easy to focus in on objects at a good distance. The S6300 also has a built-in optical VR Image Stabilization technology that helps to auto focus. This camera is also capable of creating wide view panoramas up to 360͒. The Nikon Coolpix S6300 was released in 2012. Since then Nikon has extended its Coolpix lineup, making the S6300 an affordable, powerful, and versatile option for a home camera.

The Nikon Coolpix S6300 comes in red, blue, silver, gold, magenta and black. Other distinguishing features of this camera include the logo 'COOLPIX' to the left of the lens and five buttons on the back (side with the screen) of the camera, including a record button with a red dot in the upper, right-hand of the rear face, A 'scene' button and playback button above the 'OK' button and a 'MENU' and delete button below below the 'OK' button.