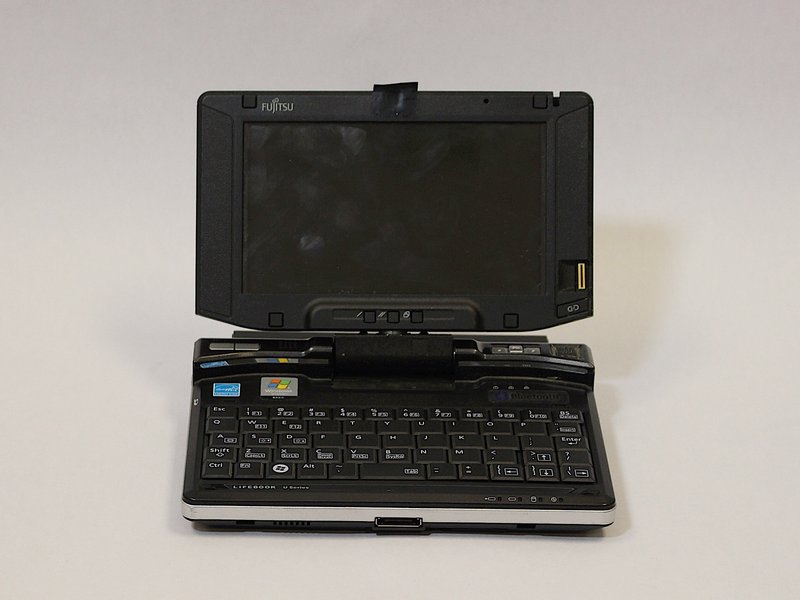 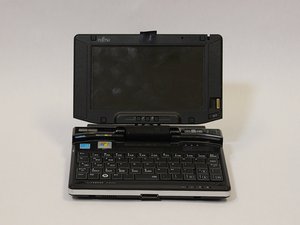 The Fujitsu LifeBook U810 is a combination of a laptop and tablet. The model we are using contains the product number of FPC02134AK.

Click here to find the Trouble Shooting Page to this device.

The Fujitsu Lifebook U810 model was launched in August 2007. It is considered a 2 in 1 tablet; this means it has convenient size of a tablet but the capability of a computer. This lifebook runs on an Intel Ultra Mobile 2007 platform. It has an embedded TPM security chip and Microsoft Windows Vista Home Premium operating system.

The computer processing unit is an Intel 800 MHz and has a data bus speed of 400 MHz.

There have been no manufacturer recalls for the Fujitsu Lifebook U810. The known failure modes have been software updates and battery defectiveness.

In order to identify the device, it has a 180 degree rotatable screen to make it into a tablet. There is a front facing camera and touch screen.

The Fujitsu LifeBook can be differentiated between a normal laptop or notebook based off of its normal size. In the United States, it only comes in black. Compared to other miniature models, the speakers of the U810 are not protruding from the sides of the screen, also known as "mouse ears."

Operations of the device

Other LifeBook Models (Used to differentiate)