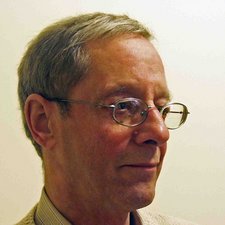 Replacing the processor in MacBook

I own a first generation MacBook. There is nothing wrong with this machine, except that it cannot be loaded with Lion. The stumbling block is the processor. Can I replace it? Although I am not a novice and can solder, etc., is the time cost and effort worth it. It is now almost 7 years old and has been updated several times through RAM upgrade, HDD replacement, new battery, etc. but it seems to me by upgrading, I can save a lot of money over buying a new computer, especially when the old one works fine in every other respect.

I wanted to see how far I could push my old Macbook A series. Can you upgrade MacBook A1181 2.4 GHz with a faster processor? Has anyone given this a try. I just love the design of this laptop and am being a bit contrary I suppose.

Replacing the CPU with a more powerful one most likely will not work, even with a processor of the same BGA configuration due to the Apple firmware. If it did work, you would still have the same RAM limitations.

This is an A1181 MacBook which has multiple motherboards that fit into it. You can change the logic board in it to one with the "upgraded processor". You can sell your current board on eBay or similar to offset the costs. Since you have a Core Duo you have a few limitations such as the mounts for your heatsink, also the connectors for your thermal sensors and inverter cable. With the bottom case and the backlight inverter cable you have the best you can go up to is the 2.16 GHz Core 2 Duo. That doesn't buy you much by looking at the numbers. However that processor/board has twice the processor cache 2 MB vs 4 MB which means it can store more repeated subroutines from programs, making it faster on many operations. That board also supports more RAM, memory, than your current board. The 2.16 is also 64 bit architecture and yours is 32 bit. There are enough subtle differences that you would realize better performance. The specs for the 2.16 are here.

Another option you have is to buy the bottom case from the early 2008 MacBook, along with the heatsink and inverter cable to fit that era of MacBook and you can go up to the 2.4 GHz board.

Here is a video explaining the things you need to pay attention to when changing motherboards for the A1181, pre Unibody, MacBooks.

I wanted to see how far I could push my old Macbook A series. Can you upgrade MacBook A1181 2.4 GHz with a faster processor? Has anyone given this a try? I just love the design of this laptop and am being a bit contrary I suppose.