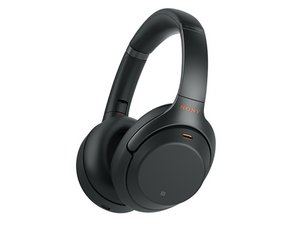 i have two separate issues currently with my Sony WH1000-XM3s. I'll talk about the one the title mentions first.

1. A couple of days ago my right earcup speaker started making this god awful sparkling/crackling noise that made the headphones practically unusable. I opened up the earcup to see if there was moisture damage or anything. However I couldn't find anything except a little bit of corrosion on some of the screws, which I don't think should do anything. The odd thing is that the issue got fixed and the only thing I actually did was unplug/replug the gesture control cable.

This COULD be the issue because the gesture control "self activated" a couple of times during the day the problem occured. However this doesn't seem like a permanent solution to me. So what I'm wondering is, does this seem like a sensible cause, or is there any way I can diagnose further? Does anyone have any tips on a "permanent" fix?

2. The extension sliders are both broken, and have been for a couple of years (I'm lazy so I just taped them). I'm now trying to find a way to permanently repair them but can't seem to find any reliable spare parts that are not ludicrously expensive (Sony's seem to be like 50€ PER SLIDER. Does anyone have any tips on how to find such replacement parts? 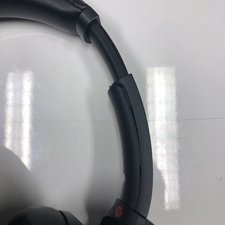 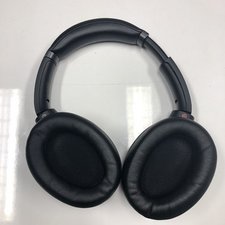 This is exactly what happened on both sides of my headphones, it seems to be quite a common issue.
Thanks a lot for answers! I'm a student so don't really wanna drop 300€ on new ones if these ones can be repaired :).

EDIT: Issue has been solved so I figured I'd post what fixed it for me. The crackling was due to corrosion on the connector to the gesture control touch board. Probably caused some sort of short that then messed with the speakers. So get some Isopropyl alcohol and rub it off :)

@luddoro you do want to go ahead and disassemble your headphone right to the speakers (drivers) and check the logic board for corrosion on the components as well as check the wires for corrosion and fraying. I suggest that you also replace the battery since that can cause weird crackling as well as other issues. As for the sliders, we really would need to see what the broken ones look like. There might be a more permanent fix for it or your may have to purchase replacements. You could always check places like ebay.com for a pair from a broken headset or try to find somebody to 3D print those for you. It's a fairly expensive headphone so parts will be expensive as well. This guide shows you how to repalce the battery and how to get into your headphones Sony WH-1000XM3 Battery Replacement

Hi, thanks for such a quick answer! I took a look at the logic board and can see no corrosion, the corrosion only exists on the screws inside of the earcup (below the cushioning). I added some images of the sliders from someone who experienced the same issue online. This seems to be quite a common issue with these headphones!

@luddoro looks like the angle is to steep for the slider to move and hence it breaks. I found some body parts for your model on ebay but that may not help you since we do not know where you are located (prices maybe different for you)and how much is to much....:-) You got some pretty good (and fairly pricey) headphones there so you know people are going to charge more for parts.

@oldturkey03 Yep seems to be the case indeed. I did actually remember that I know a guy who does 3D printing on the side, and he said he should be able to make some parts really cheap. So we'll see if that works out :) !

In regards to the crackling issue I still havent found a root cause. My gesture control still self activates so I guess there's some corrosion somewhere i cant see?

@luddoro it sounds like it. Maybe a good cleaning with some high grade isopropyl alcohol and a soft brush might help. Also, not knowing how old your headset is, a battery that is going out could give you issues too. As long as you are already in your headset might as well replace it and be done with it.

Just an update on this: I opened it up again to double check for corrosion, and i did actualy find a small bit of corrosion on one of the battery connectors as well as on the touch board by the gesture control cable. I've now cleaned that off with isopropyl (i also bought one of ifixit kits for this, it works great!)

The issue seems to be gone for now but I ran into one issue: I can't seem to get the battery connector loose? I was meaning to do this with the intent to get better access to the mainboard to check if there was corrosion. The connector just kinda squeaks and doesn't move an inch. I followed the ifixit guide that says just to pull it but i cant get it plugged out, is there something im doing wrong?