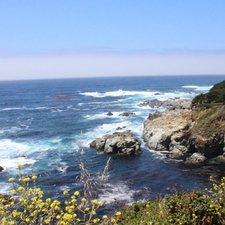 I dropped my phone from no more than 1 foot off the ground, but it landed at a terrible angle on some rocks and received a chip in the lower right hand corner + a hairline fracture that extends about an inch across the bottom of the screen.

Since then, the screen will almost constantly flicker and glitch, sometimes spontaneously turning black or shutting off. When it’s doing this, it may respond partially to touch or not at all.

(Although, bizarrely, sometimes I’ll go 10-15 minutes without a single screen glitch, like nothing’s wrong at all. But the problem always returns. And it’s worse when the phone is plugged in to charge, which makes no sense to me.)

So the problem is obviously in the hardware (unless, is it worth trying to update the firmware first??). But my question, then, is where exactly is the problem, and would replacing the screen fix it?

Thank you so much for any help or advice!

Since the iPhone XS uses an OLED display the screen display flickering is very common when there are ink marks or after any drop because these screens are a lot more fragile than the older iPhones that did not use an OLED display before the iPhone x.

The digitiser (touch screen layer) sits between the glass layer and the display layer. The whole screen assembly will need to be replaced which will fix all of those problems that you have mentioned above.

Screen cables / connectors can’t go lose as they are held in with a metal cover with screws that have something called loctite on them (to stop the screws from getting loose over time from drops). Unless the phone has been opened before those screws won’t get loose by themselves.

Alright, thank you for your answer! I will go ahead and do the full screen replacement

My iPhone 8+ was dropped several times to the point where pieces of the top part of the screen were falling and it has cracks mostly towards the top half of the screen then there is to the bottom half. It has gotten worse when I’ve tried to use my phone, the top half of the screen wouldn’t work when I touched it but the bottom half where the keyboard was located did. The last time I dropped my phone, it would move from different apps on its own and use the keyboard on its own. It would call contacts on my phone and it almost dialed emergency contacts such as 911. It recently has also not let me enter my password and locks me out from 5mins to an hour. I don’t know whether repairing/ changing the screen would stop this continuation.