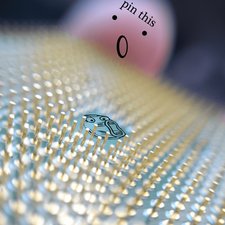 iPhone 6 flickering color lines on the screen and heating motherboard

I’ve posted another topic for water damaged phone here, and i removed the cause of the issue, so it was solved.

The home button connector was oxidized i cleaned it up and it was fine, the phone was working after that, the board was all clean.

I recharged the phone with QC anker adapter, because i don’t have the original one. (Maybe a PMU gone bad because of that?)

On the other day when i turned the phone on, the display slowly began to smolder like candle and then turn off, interesting is that the backlight was still working.

I tried different LCD from another iPhone and it gave me the same problem, but now the screen was flickering with random colored lines and it goes off after a minute.

The CPU is getting very hot, and the elements around it.

Now the screen i tested has backlight flickering problem, before i placed it on the bad board it was okay.

Here’s the thing…you have a water damaged phone. Sometimes they are fully repairable but sometimes they suffer from latent issues because despite best efforts to clean the board, even using an ultrasonic bath for example, the water infiltrates the most sensitive IC’s. Some water damaged phones are just not repairable, or at least not economically viable. Your problem sounds like it comes from the CPU…which is bad news.

The LCD driver circuit is basically just some voltages to drive the LCD. The image is formed by the CPU and the data is transmitted directly to the LCD. In addition, your CPU is getting hot. You can keep troubleshooting this phone, you’ll learn a lot and maybe even have fun ;>) but it will probably not be fixable.

Yes at least i will learn, i bought this damaged phone on purpose !

If the CPU is bad.. that means i have to replace it, but then i'll have to swap the nand also, home button.. aand is that it, is that all that is tied to the CPU in order to work only with that processor?

Do you have any idea why the working display i tried now flickers and the touch is not working, can a bad board make the display suffer? The only thing that comes in my mind is that the connector might be slightly bended.