Hello I was wondering if iMac (Retina 5K, 27-inch, Late 2015) was compatible to have the fusion drive upgraded to SSD? Specifically the Samsung 860 PRO 1TB 2.5 Inch SATA III Internal SSD. Will it fit and work? Do I have to take both drives out (both parts of the fusion drive) or can I leave one in? Apparently I need to buy an In-line Digital Thermal Sensor Cable and a 2.5" to 3.5" hard drive bracket as well? Or is there another SSD I can buy that won't require those? 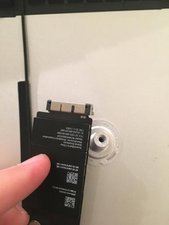 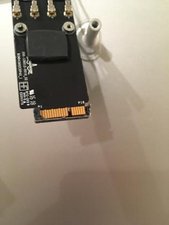 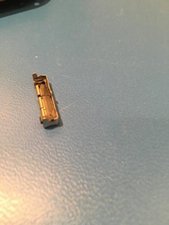 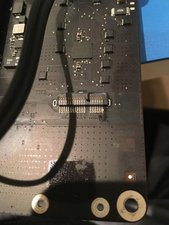 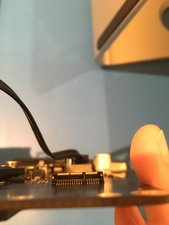 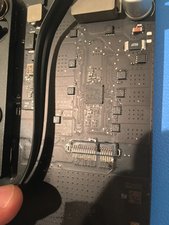 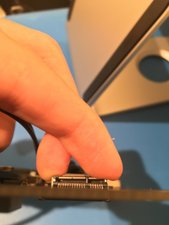 I think you have the wrong idea on what a Fusion Drive is. Your system has only two drive ports a SATA port and a PCIe blade connector. Both ports are used to create a Fusion Drive set. If you take out your HDD to replace it with a SSD drive you’re not creating a dual drive config which is needed.

To create a Fusion Drive If your system has a HDD drive then your only choice is to use an Apple Custom PCIe/NVMe drive for the PCIe connector on the backside of the logic board.

As for a Fusion Drive using such a large SSD This would be a waste! You would want something around 64/128 GB in size. Or, leave the SSD in a dual drive config making the SSD drive your boot drive and then make your HDD as your data drive.

Keep in mind if you are planing on swapping out the SATA HDD for a SSD you are limited to the SATA III (6.0 Gb/s) throughput of the interface whereas the PCIe interface is almost twice the throughput which the Apple SSD drive can leverage.

Given how much harder it it to install I would strongly recommend you just get an external Thunderbolt drive at that would gain more performance than what your SATA based SSD would have and besides you wouldn’t loose the storage space of your current HDD (or need to open the system). Here’s one that fits the bill: OWC Mercury Elite Pro Dual

Sorry I phrased the question incorrectly. I don't want a fusion drive, I want to get rid of any fusion. I would rather replace the HDD with an SSD and keep the existing small SSD in there as well and have them as 2 separate drives.

People have said I can use this kit to do the upgrade: https://eshop.macsales.com/item/OWC/K27I...

Would this slow down my speed?

The reason I want to do this is for music production and recording. I have heard from multiple sources that a fusion drive is bad for audio.

OK that explains things! Well... Your friends are right! HDD's can be an issue for sound or video editing or even recording. Unlike HHD's that the blocks can get scattered across the platters of the drive (fragmented) unlike how SSD's work which are direct block access, so they don't encounter fragmentation at all. But! They do wear out sooner.

The kit you've pointed to will allow you to replace the HDD with a SSD and I would strongly recommend you review this IFIXIT guide: iMac Intel 27インチ Retina 5Kディスプレイ ハードディスクドライブの交換 before you start. You'll likely want the Plastic Cards Compare the IFIXIT kit offers a bit more: iMac Intel 27" (Late 2012-2019) SSD Upgrade Kit

As far as the very small PCIe/NVMe SSD Apple installed for your Fusion Drive. It's almost useless as a boot drive as your audio editing will need more scratch space so I would keep the Boot drive on your new SSD.

Last thing! You'll need to break the Fusion Drive set before you take your HDD out, here's how: How to split up a Fusion Drive.

Do you know if there is a kit that doesn't contain the SSD? Thanks for all the help! Edit: I am also thinking of upgrading my ram from 16 GB to 32 GB. Can I buy another 16 GB or ram and put that in along with the existing 16 GB or do I need to buy 32 GB?

Don't know of anyone selling a kit that doesn't include the drive ;-}

Give IFIXIT store a ping to see what they say. Maybe they can pull something together for you.

I would strongly recommend only doing on action at a time! It makes sense doing the memory first make sure it works first, then do the drive.

Jesus mate, is this a windup?

Can’t believe Dan was so patience with you!