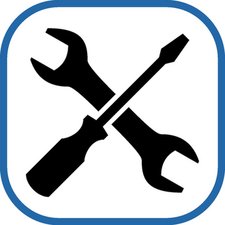 It would help to know your exact model is so we can guide you to the correct way.

Lets review what your system has for drive storage:

Your system has two drive interfaces one for a traditional 3.5" SATA HDD. The second is a custom blade SSD which is mounted on the back side of the logic board.

You can buy your system with only having a HDD drive or a SSD drive.

A Fusion Drive is when you buy the system with both drives. Then using functions within the OS the two physical drives are 'fused' logically so you see both drives as one! What Apple calls a Fusion Drive.

The benefit of doing this allows one to use the SSD as a turbo, speeding up the loading of the OS and apps. As the OS places copies of the files that are requested more often onto the SSD and then loads them from there.

A SSHD is similar to a Fusion Drive. But unlike them they only use one connection (SATA HDD) the SSD is mounted within the drive as a cache so you don't see it. Here's a writeup on a Seagate unit Review: Seagate FireCuda 2TB

It is not the same, the SATA port is different from the PCIE, the bandwidth is lower.

Yes, the PCIe interface is faster!

But, it only holds an SSD drive. You could get a bigger SSD drive (which is expensive) or by using the hybrid solution either Apples Fusion Drive or Seagate's SSHD hybrid drive both are cheaper than the larger SSD and you do gain the speed of the SSD in both.