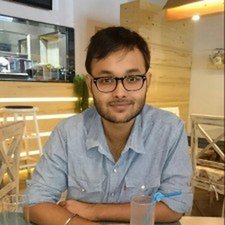 Advice before buying the lightning connector/reballing

Hey guys, I know this has been asked a lot of the times before but I really wanted a second opinion.

The other answers suggested that the lightning connector be replaced, although another suggested reballing a certain IC. Which one do you guys think would be the solution for me, given that all the hardware seems to work just fine.

Can you give some clarification of the problem as I don't quite understand. You say there's no sound during a call, what do you mean by this? That the person on the other end of the call can't be heard? Is that just through the ear piece, or over loud speaker too?

You say that you have tested 3 X microphones and the ear piece - how have you done this? You confirm that the ear piece works, but that during a call, it doesn't work? How else have you tested it?

So during a call, there is no audio whatsoever. The person I am calling doesn't hear me and I don't hear them, with and without loudspeaker.

The loudspeaker works because I can hear music through it.

What do you think?

What iOS are you on?

I've had a similar issue that was fixed by a hard reset and/or a factory reset. If all the mics work, it is unlikely that it is a hardware problem.

I've already restored the device using iTunes but the problem hasn't gone away. Does that mean it's a problem with the logic board?

Thanks so much for your reply btw!

I'm thinking that there are a few more things you can try. In settings, general, accessibility - turn off your "noise cancelling" then try a call and see if that makes any difference

Check also that holes for all 3 mics, front and back top, and then the bottom are all clear of dust / debris

If all of that makes no difference, you may have a problem with the sound control IC