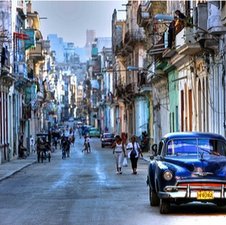 How does one determine what is causing kernel panic on attempted boot?

All attempts to boot the system from any media result in a kernel panic.

What has been tried

* Checked that it makes all the right "chime" noise on startup, before the apple and spinning gear.

* Booted into single user mode and was able to access hard drive file system without errors. Was able to mount the HD as read/write and run standard repair/diagnostic cmds from the command line. Also ensured permissions were correctly set. Suspect the hard drive is actually OK, but still could be corruption of O/S boot files. Not sure if this would cause kernel panic when booted from CD with HD still attached.

* Holding down option key on startup works OK. Shows the partitions on the hard disk and other O/S boots available on recovery partition, USB or DVD. It will try to boot off selected item, but fails with kernel panic.

* Holding down shift key on startup shows the progress bar and completes that phase, but kernel panics prior to displaying menu.

* Prior to this the unit didn't give any indication that any hardware was failing or software was corrupt.

* Disassembled and inspected unit for any obvious loose connections or damaged components. Found none.

* Pulled the hard-drive cable and verified that I got a file folder with a flashing "?" on startup.

* Swapped various amounts of RAM in and out, plus tried running on just one of the two slots without any success.

Originally suspected just a bad hard drive, because of only getting as far as white screen. Subsequent testing with the original install disk indicated that the actual issue was a kernel panic, since a text message to restart the unit was displayed.

Unanswered from your previous question: Tell me about this boot disk you are using, is it grey? What are the part numbers on the disk? What is the other Mac you are using? Do you know how use Target Mode?

Kernel Panics can either software or hardware related but at least you are to a screen now.

At this point I would boot it into Target mode using a firewire cable. Run Disk utilities on the hard drive. We can go further but I need to know the other Mac is first and what system it is running.

I should explain about the "other Mac". The other iMac is the 2008 unit that was missing a HD and temp sensor. Those parts are on order, at at least I have the new SSHD hard drive. Despite the missing drive; I was still able to start it up using a Leopard install disk and get to the utilities menu. That disk is version 10.5.1 and P/N "2Z691-6178A". So; I would expect to be able to get to a utilities menu on the white 2006 iMac noted in this post, even if the hard disk is bad. Unfortunately that did not work.

Sorry for the unanswered questions.

I just happened to have a firewire that works between my laptop and the 2006 iMac.

Am running disk doctor on the 2006 iMac from my Yosemite-based laptop and doing the "repairs" suggested.

Let me know what else you suggest.

Have a dinner date and will try to answer in four or five hours. Have the info for an answer now. Maybe Dan will kick in.

"Repairs" to the 2006 iMac went fine. Disk Doctor reports drive is now OK. Am off-loading data files from the drive, so that it can be reformatted and have the O/S installed again, if that is what you suggest. Will wait to hear from you before doing more than offloading datafiles.

Yes, make a backup of your files! As you never know what will happen. Does the system boot up now with the repaired drive?

What revision number is the ROM in the Geforce 7300 GT?

On a "broken" iMac 24 that I got recently, I did a T-boot and used Disk Utility (on the good Snow Leopard iMac) to "restore" (copy) the good HDD to the sick iMac. Then, it would fully boot into Safe Mode! However, any regular boot (from the HDD, and DVD, or any USB flash stick) fails, freezing on a white, grey, or black screen (sometimes with the cursor arrow movable).

Since the HDD seems good (and should not even be used if booting from DVD), and Safe mode shows the full desktop, I am guessing that there is a mismatch between the iMac's boot rom and the strange revision I see on the 7300 GT's ROM. I expext 3022, possibly 3021, but not the 3467 revision that I see.

I am hoping that would cure the problem.