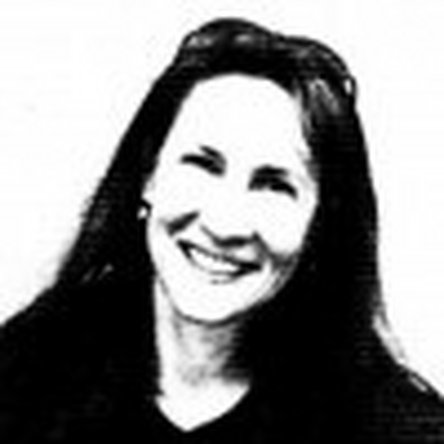 I have a Powerbook Pro A1226. The hard drive was replaced a year ago. From that moment on, from the time I first turn on the computer, the fans race at 6000 rpm.

I know this only after I performed SCM twice, PRAM (which did improve the speed which was already fast), couldn't run the AHT because I don't have the disk and it's considered an antiquated model by Apple's standards (please don't anyone inform me how to get that downloaded because you cannot with the 2007 Santa Rosa). I ordered the disk from Apple ($18.00) but no telling how long it will take to get here and I need it fixed by then.

I downloaded the iSTAT and that's how I know the temp of the CPU and the RPM's. BUT...there's no temp reading for the GPU. Why?

I've opened my machine, blew out everything and performed the inspections for cable connections except for the 2 thermal sensors which require a complete tear down to get to (left fan and middle thermal sensors).

Here's the 2nd question. If both fans are running, the likelihood that both sensors are out seems bizarre to me. Would it not be sensible to think that the middle sensor is the one which has gone capoot? And why would the GPU not be registering a temperature with iSTAT? And even more bizarre, why is the sensor registering 110° right after starting up with no load? Even after running several minutes and I do nothing, it achieves 114° then down to 90° then back up again.

Looking forward to recommendations. I'm attaching a screenshot of iSTAT after a few minutes at idle with no open programs. OOoops, well, I would attach an exceptional screenshot but iFixit states it doesn't meet their minimum of 592 x 444 whatever that's supposed to mean.

Spoke with Seagate tech. NOPE, no such thing as jumpers for this year of Mac. He stated that Mac is specific with its hardware and that placing a 7200 drive when the original is 5400 is like putting a 4 cylinder onto a 4 barrel vehicle (WTH? or is that the other way around?) Ha! I'm a girl.

Appears that the long and short of it is that I'm looking at buying a different hard drive. Does iFixit want my current new hard drive with the 5-year warranty??? Thank you much for your help, hope this conversation helps others in the future!

Don't know on what planet this tech support person is on, there docs imply they have a compatibility jumper. Did you point out the doc I have linked below to him? It's possible the newer rev of the drive no longer offers a jumper which would be a different story. As to the rpm of the drive that has no bearing, it's the speed of the I/O channel (SATA speed) that does, i.e. SATA I, II or III. If they can't get you the needed jumper you'll need to find a local computer repair person to snag one.

Remember this is a replacement drive, not the original drive which he maybe thinking.

I don't think you have a thermal sensor issue here directly. I suspect your system is facing a problem with the drive you put in as it's not really compatible for your system.

The rub here is the SATA standard has changed over the years. The time point your system was made the standard was SATA I (1.5 Gb/s), today most of the drives available are SATA III (6.0 Gb/s). Some drives are able to auto sense the I/O speed, but they need the newer firmware on the system. Here's the Apple T/N on how to check and update: EFI and SMC firmware updates for Intel-based Macs.

Can you give us the make and model of drive you put in so we can check it out as well as advise you of any alteration it may need to work in your system.

As to what you are seeing: What happens here is the drive and the CPU over heat from the constant re-writes/re-reads that are going on (multiple retries).

Lastly, given the age of your system I would replace the PRAM battery. Here's the IFIXIT guide: MacBook Pro 15" Core Duo Model A1150 PRAM Battery Replacement.

I still have my Santa Rosa running OS-9 so hang in there! ;-}

Well your in Luck! The drive has a compatibility jumper to slow it down to SATA I (1.5 Gb/s). Here's the drive installation manual Momentus 7200.4 SATA jump to page 20. See if there is a jumper it also maybe the jumper is not working. You'll need to give Seagate a call to have them send you a few (there are a few different sizes so you should get the correct one from Seagate).

If you're up to it here's the IFIXIT guide to get to your hard drive: MacBook Pro 15" Core Duo Model A1150 Hard Drive Replacement. This system is one of the easier ones to open to get to the hard drive.

It appears my firmware is up to date. I do remember the tech saying something about a bigger/better hard drive or something to that effect when he replaced it. He lives in another state and my complaints have fallen on deaf ears. So you may be correct Dan, this hard drive could be the issue.

And I have no clue as to what is supposed to be in this machine.

And thank you for taking the time, dearly appreciated!

I ordered the smaller drive size which was original on my machine. Just received it from iFixit and installing it today. I was also informed by a local Mac tech that the hard drive had nothing to do with overheating and fans running at high speed constantly. Geez louise! I'll be back in touch ASAP as to the outcome.

I agree with the tech support. A hard drive should not cause thermal problems on other hardware. It may help to reset the system management controller. Although the dual core models are known to have thermal issues.

The cause is a combination of poor thermal management and a temperature sensor that is taped down to a heat pipe.

Simply take the piece of tape off a temperature sensor and instead place it between the sensor and the heat pipe.

Not sure why replacing the hard drive would start these issues but it seems whatever manages the thermal sensors is causing these problems. Maybe some firmware needs updated.

@BurnieG - No so fast here... If the drive is not running at the correct SATA speed the HD & System can get into a read/write failure event which causes the system to keep trying to read/write the data block over and over again. It doesn't take much for the drive and the CPU to heat up under in this state. Thats why it's important to make sure the SATA spec of the drive is not running faster than what the system can support which is the problem here.

As to thermal management: Apple is one of the better manufactures, but over time the system & fans get dustily and the thermal paste does loose it's ability to shed the heat. This is true on all systems not just Apple. A good basic cleaning and re-doing the paste on systems over five to eight years old is a good idea! I think a lot of people fail to fix the root problem so they jump on thinking Apple didn't do them right. In my case I deal with over 300 MacBook Pro laptops at a company to see the truth. Yes, I do encounter heat issues which are bad parts but that is not the norm. Mostly its dust and thermal paste issues. The wrong HD when a field person gets their system fixed by someone else.

I have a new tech who just walked into my house and he has other ideas about what the issue is. He was an Apple Care Tech in his previous lifetime. Tomorrow we are tackling this all over again and I will check in with the details.

And to BernieG, I performed the SMC, several times. That was the logical first step. Then PRAM, but I've documented this at the beginning.

@Dan I am not trying to say that you are incorrect, or that I disagree with the HD replacement causing issues. I did kind of make it sound like that, so sorry. I can tell you know what you are talking about by reading your other posts. I have much respect for you and have learned from reading your posts, and thanks for replying back. I was thinking a sensor or thermal problem, because she mentions that right after she starts up the machine the sensors reading 110 with no load. Then the temp goes to 114 then back to 90 and so on. The temps just seem to be all over for just starting up. I didn't consider the read/write failure causing them to heat up. I worked for apple in the late 90's and haven't kept up with their products. Did not realize all the compatiblity issues. I do know about most heat issues and how to avoid them. I custom build my own PC's and won't buy a name brand PC anymore. I like the idea of choosing my own quality parts and choosing what OS to install. I have become a linux fan myself.

@Diane, If the drive is the correct one now (SATA speed wise), then I suspect the fan is bad or not correctly connected. Let us know what your tech discovers.