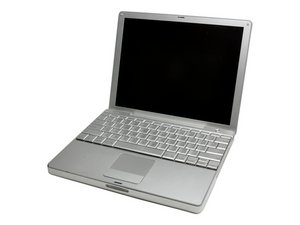 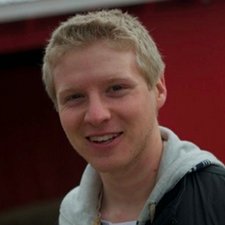 Howdy everyone! I just purchased a little 12" PowerBook, and I was told that the Logic Board was broken, though the specifics were not mentioned. Well, it seems that the logic board works with the exception that the poor machine won't recognize internal hard drives. I think it could be the port on the logic board that's broken, but does anyone have any other suggestions? Is this a common problem with the 867MHz PowerBooks?

I know someone who's a computer engineer and he can work on broken logic boards, but what d'you all think? Is there anything I can do before I resort to that?

So, I received the hard drive cable in the mail, and the logic board definitely seems to be the broken component. I'll have a friend of mine look at the connector on the board, and maybe I can replace it! Thanks for all your help!

anything new about this topic?? i have a 12" with a similar issue - mine doesn'tshow anything from the harddrive, but it tries to boot from it. you can hear is spinning and accessing - but it doesn't recognize the drive. in my case - the hdd is definately ok, the cable looks fine. i've used google and found many others had this issue too - but none posted a fix for that.

If the seller who sold you the machine did not try to replace the hard drive cable you could buy a used one just to try but if the IDE channel is faulty then you'll need another logic board.

All right! That's what I was going to try first. Thanks!

When I boot up in OS X Tiger from the DVD, the System Profiler will identify an ATA connection to the hard drive. Everything seems all funky though. Could that indicate that the IDE channel is bad? Here's what it says: ↓ATA Bus FUBIDSE EHC2 4 AD D That name is considered the model number, and the serial number is given as: FL"3D3!1$KBV . . . . That's not a normal serial number. lol I don't know if that will identify anything without me spending $20 on a new hard drive cable. What do you think? The System Profiler does say the capacity of the hard drive, which surprises me. (37.26 GB) Just the name and the serial number are all weird.

Are you sure what you're reading in the System Profiler are the HD specs but the optical drive specs. Do you also see the optical drive entry ? Well if it's really the HD description then the cable should be OK. BTW, did you try the HD in another device to be sure it's working OK ?

Yes. The optical drive is also in the system profiler. And as I commented below, the drive is fully functional as I did test it. (Likewise, I put another hard drive in the PowerBook to see if it would work). However, I've discovered that the machine is only reading what it can understand well. If you match it up to an identical drive, "FUBIDSE" is supposed to read "FUJITSU" and the rest of text is like one letter off as well. I'm getting a new cable in the mail, so we'll see what time says. It seems like the logic board wants to read hard drives, but it's possible that the cable or the connector on the board is stopping it from accepting 100% correct data. I'll let you all know what's happening when the cable comes in the mail. :) Thank you so much!

I've never seen the connection from the logic board bad on the board. Your best bet is that it's a simple bad hard drive. The computer sees the drive, ergo the cable and connection are probably good.

Here's a couple of ATA drives that will work for you: http://www.ifixit.com/Mac-Parts/PowerBoo...

Sounds right to me. + Ralph

The hard drive is not bad, though. I can remove it and externally attach it to another computer with USB, and it's recognized perfectly. Likewise, I've put multiple hard drives in the PowerBook, and it doesn't read any of them. I would bet that it's a bad connector on the logic board itself . . . . Thanks so much, though! I really appreciate it!

In response to Markus' post, after extensive testing of my logic board and instense examination, there was nothing found that could explain the board's malfunction. I ended up purchasing a very lucky find; a broken logic board that I hoped I could fix. (It had a dismounted IC) and luckily, it DID work after the repair of the IC. Anyway, my only solution was merely getting a new logic board. I bought the other broken one because it was much less expensive than a working one. I wish you the best of luck with your PowerBook! Sorry I couldn't have been of more assistance. :(

thank you and good luck with your "new" one ;-)

I have the same issue with my 3400c. When I got it used it was missing the pram bat and had some issues with the power jack which I fixed. Since fixing that port my internal HD and trackpad refuse to work (they did at first). When I start from disk tools no drive is shown, and the trackpad is dead. However when I plug in an apple adb mouse the trackpad reacts to touch but barely. I think I may have heated something I shouldn't have on the logic board. The drive works in other machines and boots just fine. the ribbon cable looks to be in great condition. I'm guessing the logic board is messed up. I have no issue trying to fix the board but I don't know where the IDE components are. it may just be the ribbon connector on the board but its nearly impossible to tell and wouldn't find a part most likely anyway, this would explain why both trackpad and HD are having issues. They both power on at boot... but nothing happens.