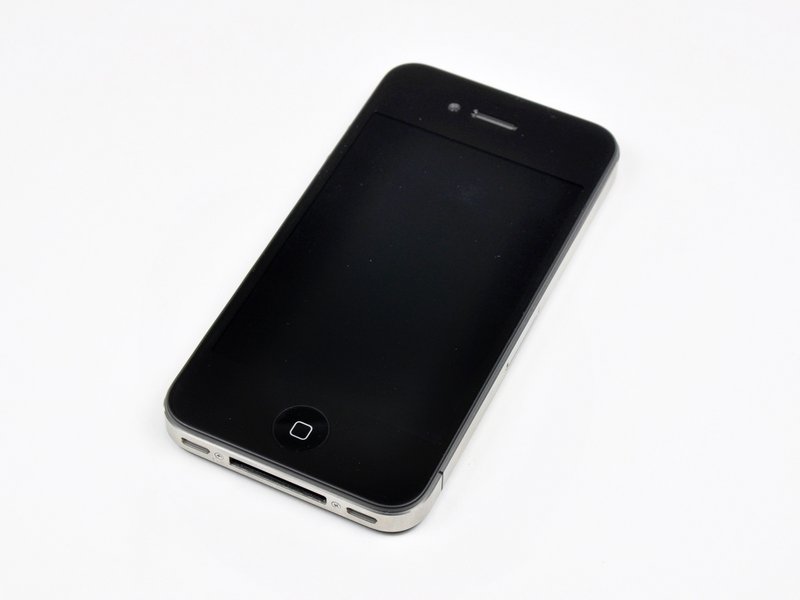 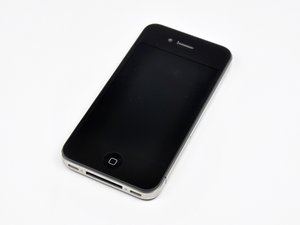 If you're experiencing problems with your iPhone not turning on or displaying anything on screen when the power button is held, use this problem page to diagnose the problem figure out the solution.

So your iPhone won't turn on when the power button is pressed. Worry no more—this page is full of all the possible causes that could be preventing your phone from turning on, along with some diagnostic tips and help with solutions, including parts and guides when you need them.

If your phone is still making sounds or vibrating but the screen isn't displaying anything, check out the iPhone Black Screen page instead.

Check that your iPhone is not just discharged. Usually, the iPhone will give you a screen prompting you to plug it in when the battery is too low to power on, but if the battery is extremely low, there might not be enough energy to power the display. Plug your phone into a known functional* charging setup for 10 minutes before ruling out battery discharge.

*Check that your cable, charging block, and outlet are all functional to ensure your phone is receiving power.

If your iPhone stops powering on for no apparent reason, i.e. you didn’t drop it, expose it to water, or sustain other damage to it since it last turned on, the most likely culprit is a firmware crash. You’ll need to perform a forced restart to get your phone out of a bad firmware loop, which you can do by following the steps corresponding to your iPhone/iOS combo.

Note that these button presses must be performed in quick succession. Additionally, if your phone does not turn on as expected, you should try charging the phone for at least 10 minutes before trying again.

Over time, the batteries in smartphones will start to degrade and hold less and less charge over time. If you’ve been using your iPhone excessively and have accumulated multiple thousands of charge cycles, your battery may have degraded to a point where it can no longer hold a charge.

Additionally, lithium-ion batteries like the one in your iPhone don’t like to be kept at the extreme ends of their charge range (fully-charged or fully-discharged) for long periods of time. If you’ve kept your iPhone at one of these extremes (especially fully discharged) for multiple weeks or months, this may have degraded the battery life significantly, even if your charge cycle count is relatively low.

You can check for battery issues by seeing if your phone turns on while plugged in. If your phone does turn on while connected to a power source, you can check the battery health using the following steps:

If you find that your battery is what’s causing your issues, you can replace it by following the relevant iPhone Battery Replacement link for your iPhone model.

The charging port on many iPhones can become damaged with lots of wear from plugging and unplugging charging cables, especially if you aren't particularly gentle with the port. If the port becomes damaged to the point where the contacts break, the phone will be unable to charge using a cable. If this is the case, your phone will no longer turn on because it's simply discharged. 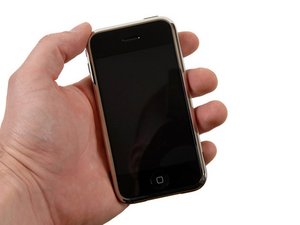 The screen of the phone is responsible for displaying the user interface, and because it controls most of the input/output for the phone, a faulty screen may be mistaken for the phone not turning on.

If the phone was recently dropped and the screen is visibly damaged, a screen replacement may return the phone to working condition. However, you can test this by plugging the phone into an external display if possible. If you get an output on the external display, it means that your phone is still turning on, but the display is busted.

Another way to test for a damaged screen is to use a usb ammeter to confirm that the phone is charging, which confirms that the internals of the phone are still functional and points to an issue with the screen.

You can replace the screen by following the relevant iPhone Screen Replacement link for your iPhone model.

If none of the above solutions were able to turn your iPhone back on, the issue may be with the main circuit board of the phone. The motherboard controls most of the phone's functionality, handling input sent in from the screen and buttons and processing it to produce the desired outcome.

Typically, the motherboard only goes bad when it experiences a significant impact, exposure to water, extreme temperatures, or when the BIOS settings are changed (like when a jailbreak attempt is unsuccessful). If you suspect any of the above have damaged your motherboard, you may need to replace it to regain functionality for your phone.

iPhone 12 motherboard needs replacement do you do that?