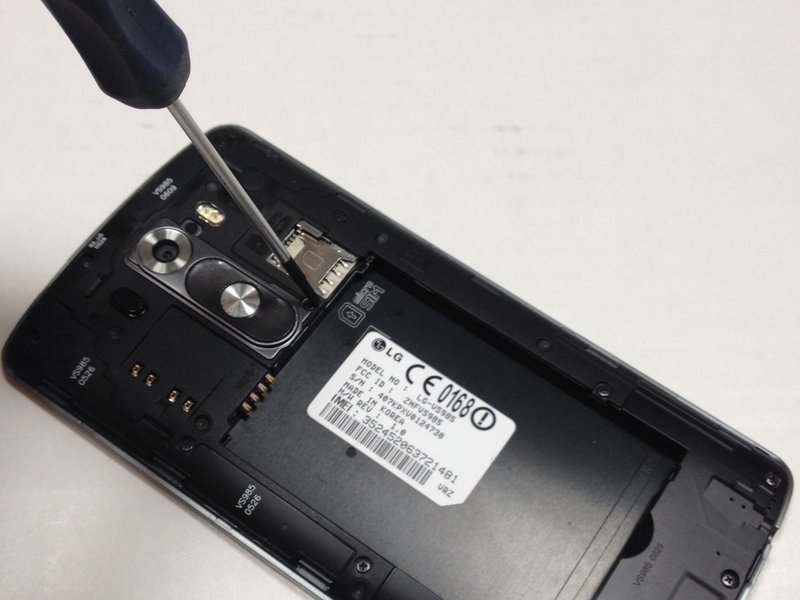 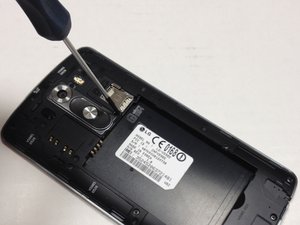 The LG G3 is an Android smartphone developed by LG Electronics. Serving as a successor to 2013's G2, the G3 was released in July 2014.

It takes longer than normal to charge, if at all, or phone doesn’t recognize when charger is connected.

The phone may not charge because the battery has been installed incorrectly. This could be the issue if your phone doesn’t charge, and if it doesn’t power on either. Remove the back cover and reinstall the battery. LG G3 Battery Replacement

If the phone has been using the battery for a while, or if the user has used heavy applications on the phone it may cause the battery to heat up. If the user forgets the charging cable plugged in all night it will weaken the battery, especially if it was charged for a full night over multiple times.

To fix this, start by removing the back cover. LG G3 Battery Replacement

Charging port no longer connects and reads the charger. This requires either soldering or replacing the motherboard.

Charger does not work

Buying a new charger cord or charger box will fix this issue.

Display not turning on

The display does not turn on when the power button is pressed.

Battery is not charged

Plug the charger into the phone, and wait about 10 minutes before attempting to power up the device.

If you are trying to take a picture or video with the front camera activated, and you only see a black screen.

Camera is not connected correctly

The camera may not be operational due to a fault in the manufacturing process, or it may possibly be damaged after the phone has been dropped.

Rear camera is not operational

If you are trying to take a picture or video with the rear camera activated, and you only see a black screen.

Camera is not connected correctly

The camera may not be operational due to a fault in the manufacturing process, or it may possibly be damaged after the phone has been dropped. Replacing the camera will fix this. LG G3 Rear Facing Camera Replacement

Volume and /or power button does not respond

When pressing the power or volume button, nothing happens as expected.

Sometimes, dust or dirt can soil the sensors and stop the users input from going through. To clean this up use a cotton swab and alcohol to remove the dust from the sensors.

Sensor pads can become loose and become misaligned with the button you are trying to press. This requires that you replace the sensor pad.

There may be damage to the panel due to water. The volume/power panel is a very easy and quick fix with the right replacement parts.

Some users have reported that their smartphone automatically shuts down

The software may be malfunctioning. A factory reset is a quick and easy fix to this problem.

The battery may be loose or defective. The simplest option is to replace the battery. LG G3 Battery Replacement

Phone Gets too Warm

This device is known to get too warm and overheat

To do so, go into Settings – General – Applications and then choose the app and disable auto sync.

The LG G3 automatically reduces the brightness if the screen gets too hot, but it may be a good idea to always have the screen brightness at a lower setting.

If the device has a protective case or cover for your LG G3, a potentially simple solution is to remove the case when the user will be doing something that may cause the phone to get warm, such as playing high-intensity games.

Issues with lag while navigating around interfaces, getting into and out of applications, the recent apps menu, and a general lag with touch response.

The Windows Animation may be running too high. To fix this you need to access Developer options to able to change some of things required.

To do so, go to Settings – About Phone – Software Information, and tap on the Build Number seven times. Going back to the main settings menu, Developer options should appear. Now, reduce or completely turn off Windows animation scale, transition animation scale, and Animator duration scale.

The touch response on the phone may be too high, causing the screen to respond "too much" and create lag.

To fix the touch responsiveness of the screen, go into Settings – Accessibility – touch and hold delay and adjust it there.

Next, look for High Temperature Property OFF and turn it on. Power off the device for 10 seconds. Then power it on and wait 30 seconds before unlocking it. Repeat the steps above to get to the menu once again, then go to Thermal Daemon Mitigation OFF and turn it on.

This morning I found my G3 unresponsive when turning on.

I figured the battery must have depleted, and tried to charge it but it does not turn on even after an hour.

I tried removing the battery and memory card and holding the power button for 15 sec and plug the charger back in, but still no charge.

The red LED that usually turns on on upper right corner of the phone when charging does not light up.

Had the same problem a week ago were able you fix it ??

My upper camera light is not working again. What should i do?

My LG G3 is now a brick. Same as described above. Any help out there?

remove battery, press power button for 10 sec and keep it press, pull back battery holding power and it should boot.

Works with mine but I have to do this each time I close it. :(