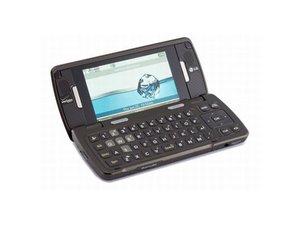 The LG EnV Touch VX11000 is a cell phone released on June 5, 2009 for the cell service carrier Verizon. It succeeds the LG Voyager VX10000, and it comes with a flip design, black case, and CDMA technology. 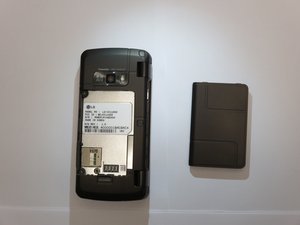 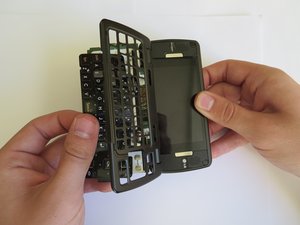 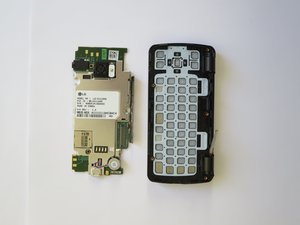 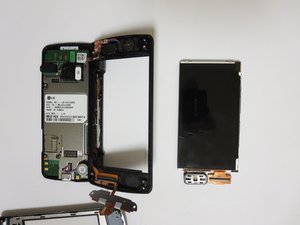 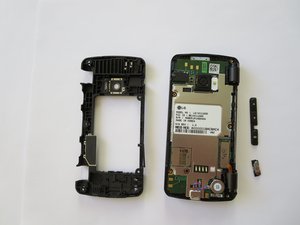 The LG EnV Touch was released in June 2009 as the successor to the LG Voyager. The enV Touch is a side-opening flip phone with a QWERTY keyboard, 3" touch screen, and two 800 x 480 pixel LCD displays. It includes a 3.2 Megapixel autofocus camera and camcorder with LED flash. It also comes with dual-band 1.9 GHz CDMA technology and music-playing (MP3, WMA, AAC, and AAC+ files) capabilities. The LG EnV Touch can browse HTML websites using EVDO, 1X, and 3G networks. It features 250 MB of memory and can hold up to 16 GB of storage using a microSD card. The LG EnV Touch VX11000 dimensions are 4.52" x 2.16" x 0.66" and weighs 4.92 oz. It is only available through Verizon.

The enV Touch resembles its predecessor, the LG Voyager. They both include an external touch screen and an internal keyboard-controlled screen. However, the Voyager has a slightly smaller (2.81") than the enV Touch. The enV Touch can also be distinguished from the Voyager as the enV Touch contains only one space key on the inside keyboard, whereas the Voyager keyboard has two.