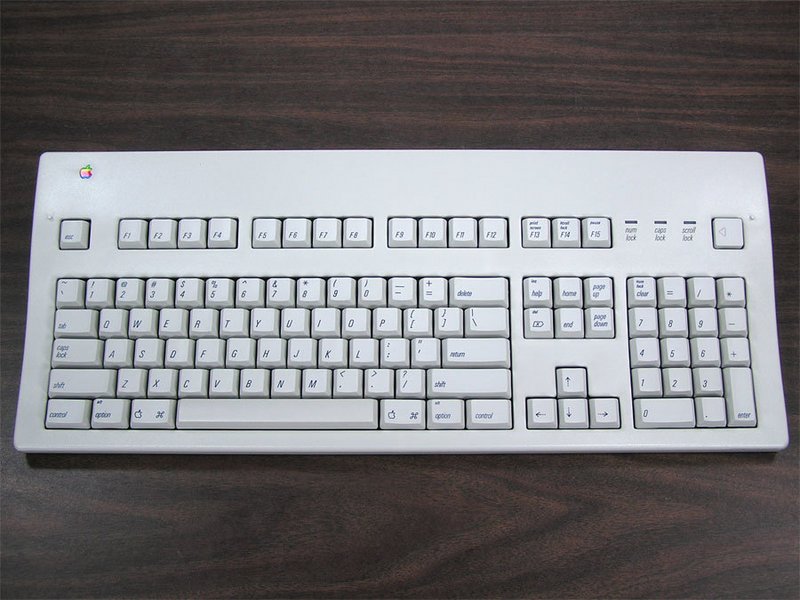 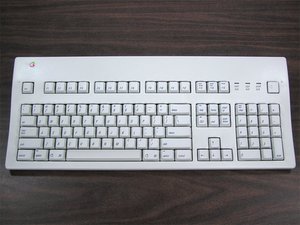 Released 1990 as a successor to the Apple Extended Keyboard. Models M0312 and M3501 were produced, using either the legendary ALPS tactile switches, or Mitsumi standard mechanical linear switches. 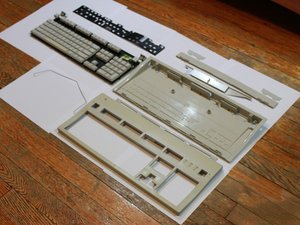 The Apple Extended Keyboard II (or AEKII) was released in 1990 as a successor to the Apple Extended Keyboard. It's smaller footprint and slight improvements make it a favorite for keyboard collectors and mechanical keyboard enthusiasts. The keyboard has two Apple Desktop Bus (ADB) connectors, and was meant to be used to "daisy chain" a mouse or additional keypad to the keyboard. While ADB is no longer supported, a ADB to USB adaptor, such as the Griffin iMate can be used. In addition, there are a number of modifications that can be made to allow the keyboard to support USB protocols.

The most common switch in the Apple Extended Keyboard. Contains dampeners to quiet the strike.

A tactile switch with salmon-coloured slider.

A rare variation of the Cream damped Alps switch, with the biggest difference that the sliders are pure white. Non clicky, and feel similar to its cream dampened cousin.