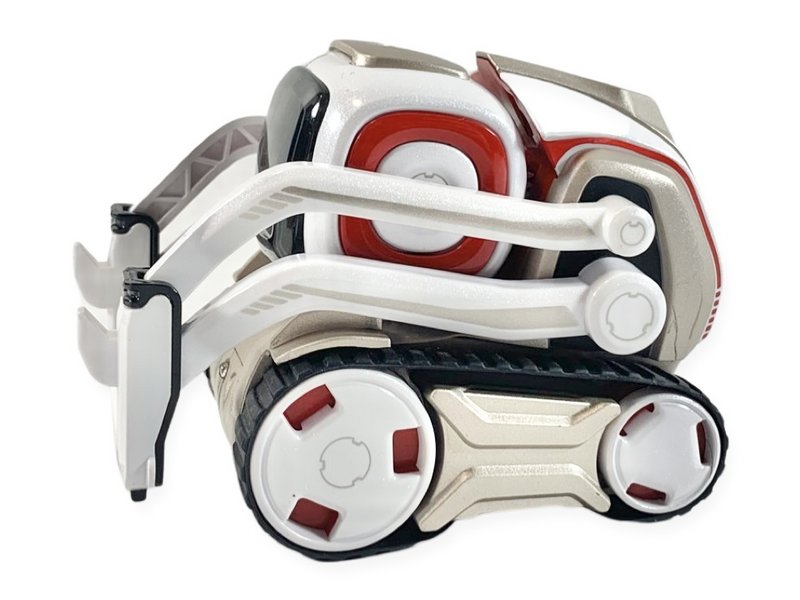 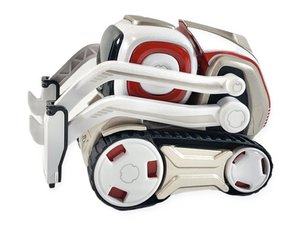 Cozmo is a tiny robotics toy designed and created by the Anki Software company. Cozmo has features that allow it to interact with its environment, such as facial recognition, emotional display, and the ability to move.

For help diagnosing and fixing common issues with Cozmo, visit the troubleshooting page linked below.

The Cozmo Classic is a toy robot with AI capability developed by the company Anki. The robot features several features that help him interact with his environment and with people. Core features include the ability to move, facial recognition, emotional display on an OLED screen, and an onboard computer that allows interaction with mobile apps and user commands. The robot is composed of over 300 parts and has the ability to play interactive games with the user and develops a more complex personality over time as usage increases.

The Cozmo Classic was released after years of development in 2016 and production continued until 2019 when it was discontinued due to lack of funding. Several hundred thousand Cozmo robots were sold during the period of production. The company Anki went out of business because they ran out of money and could no longer support the research needed to continue.

The intended demographic for Anki Cozmo hits every age range and can be enjoyed by practically anyone. The app is simple enough for elementary and middle school children to use as well as adults. He can be used in the home, in the office, or virtually anywhere with a flat surface and a place to plug in his charging base.

While there are a few different models of Cozmo, the price of the standard model is $179.99 USD. Other models cost more depending on edition and function. Some widespread complaints about Cozmo are that it is commonly known for connectivity issues. Many people are also worried about their privacy due to a large amount of information Cozmo understands and stores. However, a lot of people are impressed by how smart and adaptive Cozmo is. Cozmo is the first model of its kind made by Anki. There is a newer model, Vector, that is compatible with Amazon Alexa. Cozmo, however, continues to have app updates with many new interesting features. The Cozmo robot is generally for entertainment purposes. The newer model Vector is more of a personal helper. It is able to tell the weather, set timers, and many other helpful things along with also having some of the same entertainment features as Cozmo.