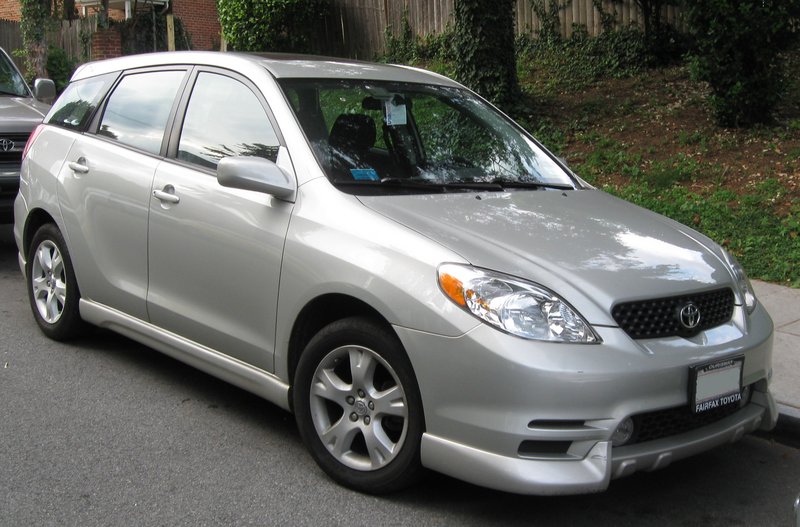 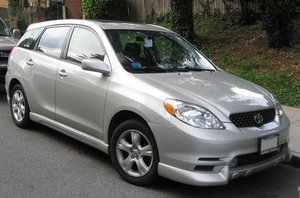 The Toyota Matrix (officially called the Toyota Corolla Matrix and not to be confused with the Hyundai Matrix) is a compact hatchback manufactured by Toyota and derived from the Toyota Corolla. The Matrix was released in 2002 as a 2003 model and is the result of a joint venture between Toyota and General Motors. The General Motors version is called the Pontiac Vibe. The Matrix was marketed as a sporty hatchback version of the North American Corolla (The Corolla line was introduced in 1966 and became the world’s best-selling car by 1974 and has been in the world’s top-selling cars since then). The Toyota Matrix was discontinued in 2013 in North America.

The Toyota Matrix was introduced for the 2003 model year, was relatively unchanged in 2004, and received a facelift for 2005 that brought some stylistic changes to the exterior. The front fascia was revised due to complaints of rubbing on the ground on the previous models and the red lenses on the taillights were replaced with clear lenses. The center instrument panel was redesigned and replaced the previous GM-sourced radio with a Toyota head unit.

In 2008, Toyota recalled 2003 and 2004 Corollas and Matrixes for two bolts in each of the front doors that can cause the window to come off the track and break (this recall only applies to cars with power windows). 2005-2008 Corollas and Matrixes with 1ZZ-FE engines and two-wheel drive were also recalled for an improperly manufactured Engine Control Module (ECM) that can crack and cause the “Check Engine” light to illuminate, stalling, failure to start, and hard shifting.

Toyota vehicles in the Americas can be identified by the Toyota emblem, which depicts three overlapping ellipses. Toyota Matrix vehicles also include an emblem with the name “Matrix” in capital letters with the ‘M’ and ‘X’ italicized and slightly larger than the other letters.