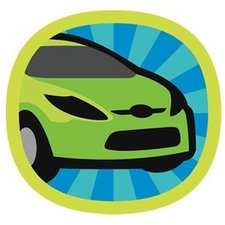 I have an original PlayStation 3 (fat) 60 Gb with the full backwards compatibility, or at least I did... Here's what happened:

I have done some preliminary research into this. I experienced the "RLOD" or blinking red light on Saturday night. Previously, the fan was very loud while playing Battlefield 3 a few days before. Saturday morning, I played Driver: San Francisco and browsed the PSN Store. I did nothing of importance.

Saturday evening I went to watch a movie with my girl, "Moneyball" on Blu-ray, and after a few moments of trailer playback, the images slowed to a halt and eventually froze. The input to the remote has seized, and the system became unresponsive.

I was desperate to make sure the PS3 was okay at this time so I tried to power cycle it and turn back on (soft power on/off) and I would get to the "PS3 logo" and then the system error / warning stating "your PS3 was shut down incorrectly last time, and will need to check the system for errors". I attempted to use the remote, a controller, as well as connecting a controller through USB to press "OK" but could not as the Bluetooth was not linking (blinking red on devices meaning not paired to the system).

After reading articles I found online, I decided it was best to unplug everything from it, including the power cable, shutting it off, and removing the AC adapter. I let it sit overnight and did not attempt to use until a solid 12+ hours had passed.

I then powered on my system yesterday morning, got a little further than previously; I got the "PS3 logo" and then the system error / warning stating "your PS3 was shut down incorrectly last time, and will need to check the system for errors". I had a controller in-hand and was able to pair it, then selected "OK". The system began the repair process, and at 5%, it shut itself off and hit the red blinking light once again.

I am looking for further instruction. I am an IT professional and would like expert advice on how to go about resolving this issue, either cheaply, D.I.Y., or the right way by paying someone. It is an old system and I know the warranty is expired. However, I don't want to void what is left of the warranty. I'd like to pay Sony to fix it. Ideally, I would like to know whether or not my data is safe and can be recovered. Thank you in advance for your help.