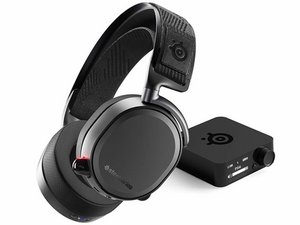 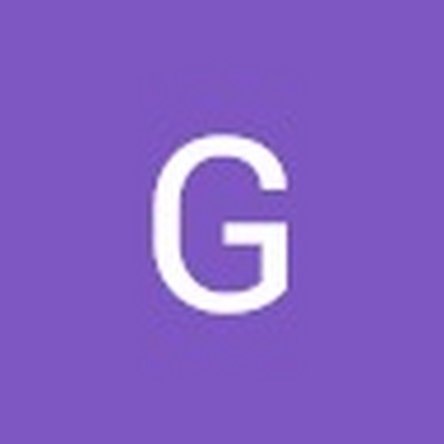 Why does my headset work when plugged in but not power on wirelessly?

This is sort of my last resort, as SteelSeries support/the few YouTube videos I have found haven't solved anything. My current Pro Wireless stopped powering via the power button about a few weeks ago very all of a sudden (no lights turn on, no beep to indicate that it is on, and both batteries read on the transmitter as fully charged). It just stopped one day while it was hanging on my monitor (no real damage was ever done on this headset). Here's all the information I have gathered:

1) The only way it functions normally like it did before it stopped powering is when it is plugged directly into my PC via the 8-pin connecter it comes with. It essentially still works, but only when plugged in with the 8-pin connector (excluding usage of the microphone).
2) When I plug in the charging cable (the micro-USB to USB cable), the light next to the power button doesn't turn on, but it starts breathing (lighting up and then lighting back down on repeat). I have no idea if this does anything. I believe it just means its charging, but it hasn't done me any good so far, as both batteries are recognized by my transmitter as fully charged. My PC also detects the headset under devices with this method, but it is incapable of doing anything with it.
3) My updated SteelSeries software recognizes the transmitter, but prompts me to reconnect the headset (which I cannot do because it won't power on wirelessly, and it can't connect to the software through the 8-pin connector).

I have opened up the inside of the headset. Admittedly I'm no expert on this sort of thing, but compared to what I found online it visually looks as if everything is fine/appropriately soldered. Could it still potentially be faulty hardware, even though the headset works like normal when using the 8-pin connector? Perhaps it's a firmware issue that is causing a booting issue, and if so, would there be a way to communicate with the headset and update the firmware using the micro-USB cable? Thank you to anyone willing to look into this problem.

Hey, it could be good to measure the battery voltage.

If you left them discharged it is possible that the battery dropped below a threshold voltage. What happens than is the BMS(Battery management system) can prevent the battery from charging as it has dropped below what's considered a safe level.

This would align with most of what you have said excluding the fact that the receiver sees those as fully charged , but this could easily be explained as it is possible that since it no longer powers on it could either be reusing the last available data or could be reading the voltage when charging.

Either way, the symptoms seem to be very consistent with a dead battery.

Not very savvy with anything electrical. I suppose I could look into how to test the battery voltage, but I'm not so sure that's the issue. The behavior I described happens with both battery packs that came with the headset, and what are the odds that both batteries are faulty? Again, I'll look into this as a possible solution (I think I would need a multimeter or something - really not knowledgeable at all unfortunately), but thank you anyways for the response.

EDIT: At the time of my headset's "death," one battery pack was still inside my headset which was just hanging on my monitor the entire night, while the other was inside the transmitter.

@thegowguy Hey, I tried researching your problem a bit and found that there is a reoccurring issue with this model where the base "Glitches" and no longer charges the battery.

As trivial as it may sound before you go deeper into troubleshooting try disconnect the base/ transmitter for a few minutes and try charging the batteries again after reconnecting it.

Battery’s only last so long before they need replaced

The reason why they work plugged in is because when they are plugged in the device will be probably powering them ,allowing them to function

I have read the previous comments about your skills and I think that you will be capable of doing this repair!(I believe in you) as working on headphones 9/10 is fairly straightforward

However if you need any help with it I can try my best to help at any point if you ask me:-)

Hey, this isn't an answer to your question, but I have the exact same problem and was wondering if you have found a fix yet?

Hello. Unfortunately, I have not found a fix yet. I'm starting to lean towards the issue being where the battery is supposed to make contact with the pins inside the headset. I think it's unlikely that the batteries are the issue (because that would mean the two batteries that came with the headset would have to go bad at the same time, and what are the chances of that?), but I do plan on ordering a new one anyways just to see if it is a battery issue. I plan on looking into this more in the future, but for now I've been content with just a wired headset (life's been busy, so I've been focusing more on other things). If I find a solution I'll be sure to come back to this thread and update everyone.

Any updates? Having this issue right now.

Any updates? i have this issue right now and not found a fix yet online

I'm having the exact same issue. I messaged SteelSeries support but I'm waiting for a response.

Best case scenario the batteries need to be replaced (mine are 2 years old with light use). Worst case I need a new headset.

Will keep you guys posted