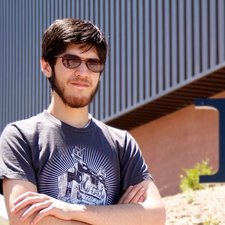 Unable to boot into bootable media.

I'm working on my mom's MacBook which she brought to me because, "It suddenly stopped loading." I've been working with it to get it to boot to no avail.

Here is the situation. To preserve her data (which I don't know if it is backed up or not), I disconnected the original HDD, and replaced it with a pre-formatted (but wiped) disc. From there I attempted to boot from a retail Snow Leopard disc to do a clean install. Not working.

All attempts have resulted in a the gray screen accompanied by that loving apple that we all love and enjoy.

Thus far I've resent the PRAM as well as the SMC and followed the textbook boot failure troubleshooting.

Here lies the major problem though. I cannot boot into any bootable media whatsoever. Hard drives, CD, external drive (via firewire), even a bootable USB drive with a Snow Leopard image on it.

The computer can find all the different types of media, and name them when selecting in the boot disk menu--but simple wont fully boot into one.

So here I am, stuck with a black MacBook with nothing but a gray screen with a little Apple to entertain me. Any suggestions, places to start? I am suspicious it could be a logic board issue, but I have no way of confirming.

What is the last 3 characters of the serial number for this machine?