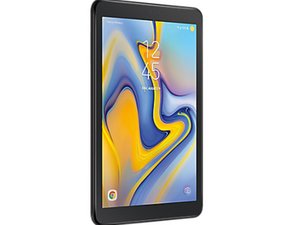 Reflowing the motherboard - how to remove protective shield

Having last week celebrated my first notable success with my recently acquired temperature controlled air gun (reflowing the video chip on an old Dell XPS1530 laptop) I decided it was high time I turned my attention to a Samsung Galaxy Tab A SM-T580, that I’ve had knocking around for a couple of years or more.

It charges and speaks to me when I turn it on, but the screen remains black - apart from a just-discenable flicker from the backlight as it powers up the screen). I tried a new screen not long after I acquired it but it made no difference, so I decided something needed reflowing - probably the video controller if it’s a separate chip, or maybe the main processor if it has an integrated video controller. 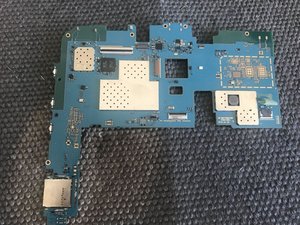 The main chips are under a T-shaped shield, so I set my heat gun on 350C and applied it to the shield. I played it generally on the shield, and also on the edges, whilst trying to lift it with a pointed end of a pair of tweezers under a corner, but it didn’t seem to want to budge. I carried on for as long as I dared, and in fact when it cooled down it looked like the locking bar on the touch screen connector had started to melt - fortunately it still seemed to lock.

So what’s the secret in removing these screens?

@pleriche I use the smallest nozzle I have for my hot air gun and heat up the shield then blow the hot air on the actual solder joint and constantly move the gun so as to spread the heat. Cover the parts you dont’ want heated, like your connector, with plenty of Kapton tape. Depending on what the sides of the shields look like, a soldering iron and some desoldering braid may also work. BTW the IC’s for your LCD issue are U6000 and U6002 which are actually under the other shield. 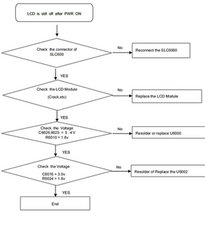 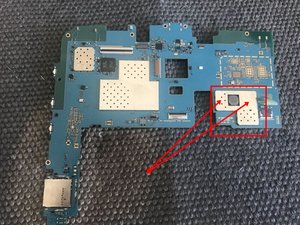 Many thanks - I've just ordered some Kaptop tape. But how did you find that document on the iFixit site. Neither a search not a logical perusal led me to it.

@pleriche I added it from my personal collection. It is not stored on the iFixit site so as to not get anybody in trouble with an copyright laws and stuff like that :-)

The kapton tape arrived and I got out the hot air gun again. The sheild still seemed reluctant to budge, but when I managed to lift a corner it became evident that there was just a frame soldered to the board, and the shield was simply a lid clipped onto the frame. 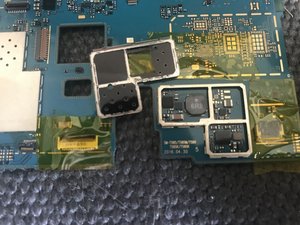 So I was able to try reflowing those two chips, but with no effect. But really, I think those chips are only performing power management not video processing. They’re next to the battery connector, and if they were involved in video processing the signals from the CPU would have to double back on themselves to get to the LCD connector. Besides, those chips seem too small to be doing anything complex.

I’m not saying necessarily that that’s not where the fault lies. Your Level 3 Repair doc gives a few voltages that I tried to measure. Not easy as some of the components are barely larger than a grain of salt, but the voltages didn’t look right. The backlight supply might well be derived there but that doesn’t seem to be the fault. Maybe a secial voltage is required for LVDS LCD drivers, but I’m not sure tablets use LVDS. One of the chips I identified as SM5703 - a battery charger chip, apparently prone to failure, but the battery seems to charge. The other ship only bears the marking HYGKA which doesn’t mean anything to Google.

I also tried reflowing what I took to be the processor, but with no effect. I think the time has come to offer it on eBay for spares or repair.