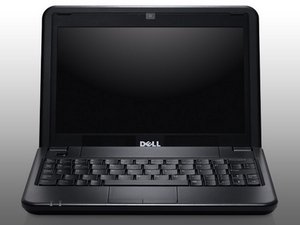 Small business netbook released in 2008 by Dell. This model is based on the Dell Mini 9, with the only difference being the color of the chassis and U.S based technical support.

I have a samsung ssd sm863 can I use this

The SM863 looks to be an OEM’d version of a Samsung 860 EVO series SSD 2.5” if what I found matches the specs, so it’s a descent drive except the Samsung Magician toolbox will not work.

If you’re talking about putting this SSD into this netbook, no. The Vostro A90 is Dell Mini 9 based, which ONLY SUPPORTS IDE SSDs. The drive of choice honestly made the Mini 9/Vostro A20 one of the worst netbooks you could buy when netbooks were still a thing (2007-2012). For this specific machine, you need to find an IDE SSD which will probably cost more then a descent spec retired Latitude - if anyone still bothers selling them.

Due to the cost of the drive unless there is sentimental value attached to it, your money is better spent on a used Latitude with midrange specs from the factory. Even if it’s so old it has an ivy Bridge processor, you’ll still be way better off. Send it to the eWaste pile in the sky and take the L here - it’s over for these IDE SSD netbooks.