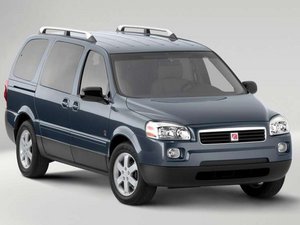 The Saturn Relay was the first and only minivan from the Saturn brand of American automaker General Motors and was built alongside its sisters, the Buick Terraza, the Chevrolet Uplander, and the Pontiac Montana SV6.

My driver side from window with only roll down not up

Can u plz help me My 07 Saturn Vue front driver side window it will not roll up only down?? All my other windows are fine.

Given that the motor works when the window down switch is operated, the motor is OK and also the wiring between the motor and the switches is OK. The problem is in the switch area.

It appears as though the switches are a sealed unit so most probably you will need to replace the switch assembly - example only as a module. The supplier for the switch shown is only to give an idea of the cost of the part. There are other suppliers online that may suit you better. Just search for 2007 Saturn Vue driver side power window switch to get results that suit you.

Here’s some images that show how to access the switches.

It shows that the problem area is either between the up and down switches or the window up switch contact when it is in the operated position. 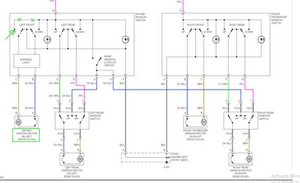 It sounds like a switch. It could be the main switch on the driver's door or the switch on the the door that the window not going up. I would recommend going to a repair shop if you don't know how to check electrical problems. It shouldn't cost that much to have it checked and repaired.