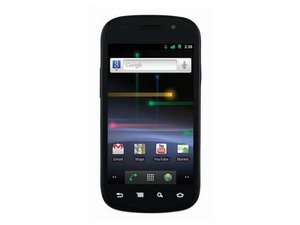 I am have the Samsung Nexus S T9020 but I want to update the OS before I start using the phone.

Can anyone offer a step by step process to manually update the Nexus S to 3.2 Android?

Android 2.3 is the newest version of Android for mobile devices. Android 3.X only runs on tablets. Your Nexus S should have come with 2.3 already installed. If you want to revieve future updates faster. you should consider Rooting your phone and installing CyanogenMod (Or another custom build of android)

Android 3.X is only for tablets. You can definitely update your phone to Android 4.0 (ICS) but it requires rooting and flashing a custom-ROM. I would advise you to look at the XDA Nexus S Android Development forum, as they have plenty of information there to help you get started. As for a custom ROM, I would recommend the i9020/23 CyanogenMod 9 v4.0.3 v4.0 + CM Night builds. IMO, it is currently the most stable and up-to-date Nexus S ICS ROM. Happy Rooting and Flashing =)

As far as I know, Android updates aren't manually allowed, they have to be sent to your phone.

Also, 3.2 is a tablet OS, I don't believe it's possible to put it on your Nexus

The nexus S is a google phone, google owns android, the nexus gets pushed the latest updates for android so no matter what you nexus will constantly have the newest software compared to other handsets, so no worries there. as for 3.2 that is a tablet OS as of right now, google is currently working on ice cream sandwich thought to be version 4.0 merging the tablet and the phones OS, and yes your nexus will be the first to get the software update!

yea don't think ICS 4.0 has come around to american Nexus S phones yet even Samsung GSII are even getting the update in UK before us in USA!!