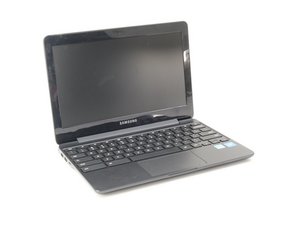 Did I just order the right part?

My Samsung Chromebook (XE500C13) has a messed up charging port. I bought it used and the previous owner had apparently had problems and his solution made the problem worse.

I just bought a replacement charging port from ifixit…then noticed it referenced Samsung XE303C12 Chromebook DC-In Jack . Just a few minutes ago. I just realized that XE303C12 sounds like a model of Chromebook more than it does a component part number.

Did I order the right part for my model of CB? Will it work?

I am concerned that the XE303C12 refers to the model of CB not the part number for the port, in which case there’s a good chance I just wasted my money (unless I can cancel quickly…but I probably won’t get an answer to the question in time to do that. <sigh>)

Does anyone know the answer to this question?