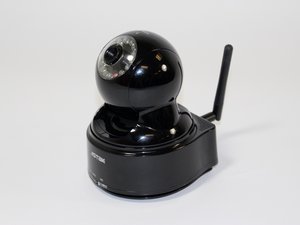 When power is applied, my Astak Mole camera goes through the initialization sequence where it rotates the camera both horizontally and vertically. Before, it only does this once. Now it will do it repeatedly after a pause of about 7 seconds. It is still connecting to the hard wired ethernet cable with the assigned fixed IP verifiable via the active connections on the router. But accessing it via its IP address just times out. I also tried searching for it using the Mole Camera Setup program. It also cannot find the camera although both the PC and camera are on the same network. I called tech support at Astak and the guy told me to buy a new camera. Just like to see what folks have to say here.