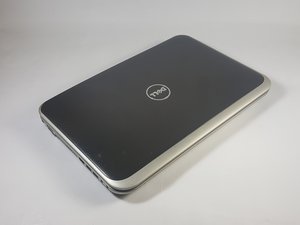 Hi there. I got an 5520 with strange power issues. Here is the story. Had a faulty charger, and i replaced it withh an third party charger. Everything was fine but sometimes it wouldnt find the charger, or it would find the charger but not charge the battery. So i replaced the charger with an original one. When the laptop is off for a while, and i plug the charger, everything is fine (charger light is ok, battery charges fine). But if i unplug the charger and plug it again, charger light goes off, and laptop refuses to be powered. It turns on but with the battery. If i plug the third-party charger (new one) it works fine. I noticed that it works with all charger if the battery is not present. Summary (as i see it in diagnostics):

Original charger: recognized for a moment as 255w charger and then as an 90w charger and works fine. If it is unplugged and pluged again, charger light goes off and it is not recognized until laptop gets powered off and stays for a while

OEM charger (new): recognized for a moment as 255w charger and then as an 90w and works fine. If it is unpluged and pluged again, it works just fine

OEM charger (first one): Worked good (as the OEM new) for a week or so and then behaved as the Original

Seems like a capacitor issue between charging and battery circuit?

Please make sure you have done the appropriate uninstall reinstall of drivers and updates for drivers for power sources. Stop usimg so many different kinds! Btw a huge issue you are potentially having is you are looking at the wrong number. Stop looking at the wattage. Yes thats important but the real issue here is more than likely the amperes arent.high enough or are too high. Your laptop should have the 4 something ampere output, not the 3.3 or the 3.6 or whatever. So it should read on the back, 19.3 v 4.(?) A out put