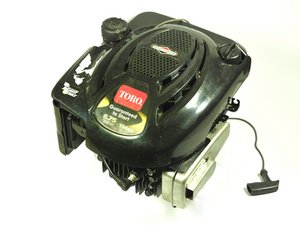 Mower will not continue to run after pulling the string

Mower won't start what should I do? I pulled the string and the mower stayed started for about 5 seconds and stopped. Will not continue to run.

It is possible that you have some bad gasoline in the tank. Also, your fuel filter or air filter may be clogged.

Bad gasoline: Drain the gasoline out of the tank. Get some new gasoline, and mix in some Seafoam gas treatment (https://seafoamsales.com/small-engines/) - Seafoam is available at most auto parts stores. Now fill your tank with the new gasoline / Seafoam mixture. If the engine will run for just a moment, this will give the new gas / Seafoam a chance to work its way through the fuel system and clean it.

My lawn mower would run for a minute, then die. I drained the old gas out of the tank, then added new gas / Seafoam. It immediately started running like new, and it has continued to run like new a year later.