Can bevel above hinge be replaced easily

i have Macbook pro with touch bar Model A1706

Can it be repaired ??

Ho much to repair ?Do you think a common problem? 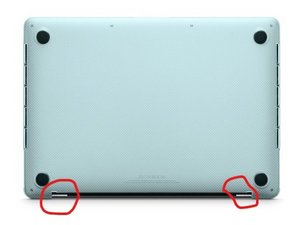 Do you think Apple would cover under warranty ?

I believe what you're talking about is the clutch cover. It can be removed as illustrated in Step 3 of the Retina Display Teardown. You'll probably have to remove the display in order to be able to remove it. For that, you'll have to do some disassembly. You can follow the Touch Bar Teardown, you don't have to remove everything, like the touchpad and battery, it shouldn't be too difficult to figure out what needs to be removed and what doesn't.

At the end of that teardown is a link to another teardown where it shows how to remove the display from the chassis. Be aware that unlike some of the older MacBook screens, this isn't one isn't entirely self-contained. Some of the display electronics are now housed in the bottom assembly.

In my opinion, it's not that difficult a job, but an awful lot of trouble to go through for what is just a hairline crack.