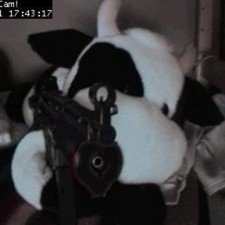 How to tell if motherboard or screen problem

I dropped my Nexus 6 on the floor the other day, the top left corner glass is chipped, but no additional damage. Screen won't turn on. Plugging into power warms up the phone., so at least the battery charges... Phone was on silent/DND before, so is there a way to tell if the motherboard was damaged or just the screen/digitizer? I don't remember the phone ever vibrating on startup (during the Google screen).

I popped open the back, the power/volume buttons cable had popped out of its socket at the top corner I put it back. Still no power to screen, removed screws and battery tray, made sure all other cables to between motherboard and display were secured.

Should I just go ahead and ebay a screen unit and replace the screen to see if it was that, or does this sound like an issue with the mobo?

It sounds like the lcd is damaged. If it has been dropped and has a crack on the screen and nothing is displayed, then more then likely the screen assembly is bad. I would recommend to look else where then on eBay for parts but that's just me. However I do believe the screen is the problem here.

It did indeed turn out to be the screen. Thanks! (seems like ebay is the only way to get N6 screens these days, but I have not really shopped around. This seems like a brand new one that's not refurb tho).

It might be. I haven't honestly looked around for Nexus screens. Maybe Fixez or Mobile Defenders has them. They have a lifetime warranty on their screens I believe.