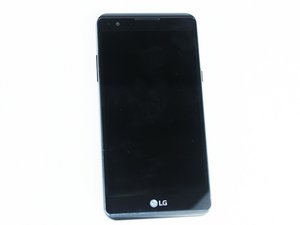 The LG X Power is a 4G LTE smart phone that was released on August 2016. This model has a 16 GB memory with an Android operating system.

Why is my screen jittering/flashing/shaking?

I dropped my phone on concrete falling out of a car. It hit the bottom left corner shattering the screen and leaving the LCD screen unstable.

I took the phone to get fixed but the first time it got fixed, the screen was unresponsive. The guy took it in again but the second time the phone lasted a day until it started acting all weird with the screen shaking and flashing after putting the phone in my back pocket. The same guy tried to resolve the issue by replacing the screen one more time but it still has the same issue. Everything on the phone works fine except the screen.

Is there a fix that doesn't involve changing the screen again?

This is how my screen looks