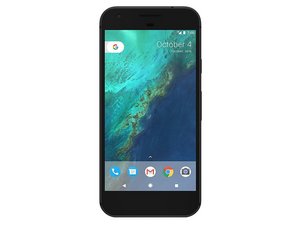 My headphones' jack snapped/sheared while it was still connected to my pixel XL when it dropped to the floor, leaving the metal jack inside the headphone port. In my infinite wisdom, I managed to use an uncoiled paperclip to fish out the parts, and either the drop, or my attempted jack-removal damaged the port (at least, that's what I'm 90% sure is the case).

Now, when I plug a headphone jack in (and have tried numerous headphones), whenever the jack is twisted or moved around inside the port, music and podcasts stops/starts, volume changes, and google assistant tries to pop up.

There doesn't appear to be any other fault with the phone, and only occurs when I have a jack inserted, so I can only assume that the jack is the only thing damaged.

I contacted google about getting it repaired, however they have given an estimate of about £70 to fix it (not including £14.40 to ship it back to me).

I've contacted a number of other phone (and even specifically pixel) repair shops, but none of them have been able to offer their services (even the google chat-support asked if I could wait for him to check something because this isn't exactly a run-of-the-mill problem).

Does anyone know any way that I would be able to get the jack repaired? I've got no problem doing it myself (aside from not having the tools), but I didn't see any headphone jack part listed, so before I commit to just sending the phone back and dealing with whatever (imo slightly too costly) fee they charge I felt that I try and exhaust all alternatives.

As an aside - I managed to get another lead for my headphones, so they 're fine (the broken lead however was not, and it was ultimatly much cheaper to buy a new one than fix the old).

I am having the exact same issue for no reason just out of the blue started happening.

I'm also having this issue without any clear cause (no falls or paper clip incidents).

Mine ended up just going away on its own as soon as I got a new phone I couldn't stand it not working. pretty terrible such a great phone became a piece of garbage over something so small.

Yeah it's really annoying. Luckily Google went ahead and removed the headphone jack on newer models

Hi Alex, the headphone jack is modular and should be somewhat easy to replace. Take a look at Step 7 in the link below to see what I am referring too.

I wasn't able to find a place online that sells the headphone jack.