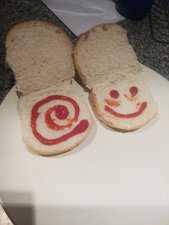 A couple of years ago I broke my N6 on a bike ride. Just the display glass, not the digitiser.

Recently I caved, not wanting to use LOCA glue and a UV blaster to replace the glass itself as I don't have the space or equipment I bought a new display assembly.

The issue is that this assembly, unlike the one I used to repair my Nexus 5, is not mounted to the front plate of the N6 in any way whatsoever and is just the assembly.

What do I use to permanently affix the two? I'm unable to figure it out and I've looked into a lot of things and done a lot of googling but gotten nowhere unfortunately.

I use Tesa tape. Crap...that reminds me. I'm out.. But ifixit has some!

Dude that was super fast. Thank you for the information. I had tried a double sided Ultratape but it just doesn't have a strong enough adhesive.

Would I need to say leave it compressed overnight or anything like that to make sure it has a firm grip? The phone already seems very full and when it was screwed back together with this tape the edges of the glass just straight up peeled away within second, very disappointing.

Tesa is crazy strong. But apply, and be generous. Then leave it face down with a semi heavy book on it. If you don't do these repairs all the time. That's all you'll need