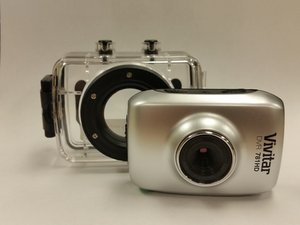 green half screen when reviewing footage on computer

I have recently bought a Vivitar DVR 783HD action camera, and when i recorded a video i reviewed the footage on my camera and it was good. then i took out the SD card and put it into my computer and on the footage, half of the screen was covered with green and other was blue. the footage was normal on camera but messed up on computer. (used Micro SD)

ok guys, i just figured it out. it is the stableization is messed up but all you have to do is add your video into moviemaker and select stablie video and it works perfect!!!!!!!!