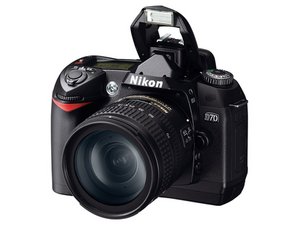 Has anyone tried soap and very warm water?

Has anyone tried soap and very warm water? Applied with a cloth to dampen the back and remove the dirt and perspiration (salt) ??? Just asking?

When you say that Isopropyl Alcohol worked, do you mean you wiped it down and let it dry and the original texture returned??? What % Alcohol? I believe Pharmacies sell 71% and 91%; which was used?

Does the sticky layer come off, or jus return to a rubbery feel?

Could someone detail the process a bit? more?

Worked on my D70s. Chip, here's details as I have found:

Water is hydrophilic (by definition). Nikon's sticky plasticizers and stabilizers which are blooming to the surface are hydrophobic. Problem is NOT dirt or perspiration.

Soap is not enough of an emulsifier to remove this gunk. You've got to experience it - it's VERY tacky. And only on the surface of the rubberized parts (e.g. grip and back). Neither is 70% isopropyl alcohol (IPA) in my tests.

I never tested 91% IPA but I used "reagent alcohol absolute" meaning all moisture was removed. I also recommend a white lint free lens wipe (now trashed!) so you can see the plasticisers coming off into the wipe.

I emphasize strongly DO NOT use a towel or paper product - you will only layer the tackiness with a layer of felt. This will move around over the surface and will collect in corners.

Lastly you ask: "Does layer come off or just return to rubbery feel?" Yes to both. I need to emphasize that this tackiness is an awful feel to it - far from sticky rubber. Its extremely tacky. First attempt just moves it around a bit but by watching the white wipe and being patient it eventually moves from the D70s rubber to the wipe. It feels normal again.

Last point - it's not like removing coffee stain with water or nail polish with acetone. Its more of a surface thing - I called it "moving around" at first. Kind of like a streaked window. But with the right "newsprint" (the lint-free wipe) it eventually has more affinity for the gunk and leaves the camera for the wipe.