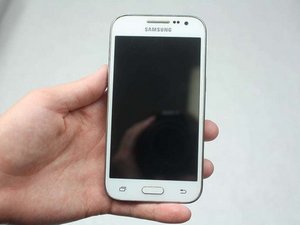 Announced - 2014, November The Samsung Galaxy Core Prime (G360, G361) is powered by 1.3GHz quad-core processor, and it comes with 1GB of RAM. The phone packs 8GB of internal storage that can be expanded up to 64GB via a microSD card. 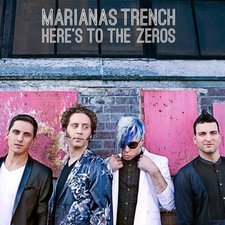 My phone wont turn on at all

I've had my phone for about a year so its not super old. I always have the case on and it has not suffered great falls. I tried taking the battery out method which didn't work. I also tried charging it for a couple of hours, in case the battery was dead but I'm sure it wasn't because it was on the charger when it decided to be dead forever. The only thing is my phone has had a random green line mainly noticeable when the screen is off. The green line looks like when you press way to hard on your screen. It also if I do push hard on my screen the line moves closer to where I'm pressing. Its been there for only about a month and really only noticeable when the screen is off. Did something break in my phone that caused it not to turn on?

i have the same prolem sept i had my for 1week

I would return is since you only had it for such a short amount of time. But if you can not return for some unknown reason try doing what the other people have said. Like taking battery out then long pressing power button a couple times, replace batter and see if that works. Just keep tinkering. Does it vibrate??? Mines did not vibrate at all. Did it have the green line on it like mine did??? I never got it to turn back on. I also don't know what caused the green line.

1) Pull out the battery, (while you know the battery has charge) then replace it. Press and hold the power button as if you are trying to power the device on. (Does it vibrate?) If yes, then youre screen is likely failing, as that vibration means the device is booting. (Shoul the device continue to pulse vibrate, a seperate issue could be occurring)

2) Continual pulsing of the vibrate motor means the device could be stuck in the boot sequence. pulsing over and over again can imply bootloop, short circuits, or a bad battery,

With these ideas tested, and verified that its not getting power, then you can look into why it would not be powering on.

-the battery could be over discharged, in where forcing current directly into the battery, at the proper amperage and voltage the battery takes could fix your issue.

-The battery could be dead, in which case replacing the battery fixes this issue.

-your charge port could have loose connections, in which case, touching up the solder on the pins could fix your issue

-you could have a bad port, in which case replacing the port would fix your issue.

-You could have a cold circuit, in which case a motherboard reflow may fix your issue

-You could have a failing motherboard, in which case, a replacement board is in order.

1) Pull out the battery, (while you know the battery has charge) then replace it. Press and hold the power button as if you are trying to power the device on. (Does it vibrate?)

Yes It does vibrate(only once).

what to do next?

Do you have developers option on? Also try taking battery out ,push power button 2-3 times and put battery back in see if anything changed. If not I am going to give you a link where someone should know or have or have had the same problem.http://forums.androidcentral.com/verizon...

You will be able to get some insight at the link I provided, I am more a computer guy but did have the same phone. Good luck.

Thank you SO much! You've fixed my phone!

Thanks, it really works! Pushing power buttons a couple of times without the battery. Love from 'salmankhanmajlish'