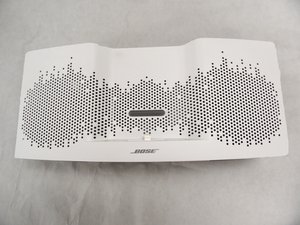 The Bose SoundDock XT is a device used to play music and charge mobile devices.

Why is my SoundDock charging my iPhone but not playing my music?

My iPhone is charging when connected to the device but when I play music it just plays out of the phone speaker and not through the dock speakers. Is the issue with my logic board or speakers and where can I find replacement parts?

Which iPhone do you have and what iOS is it running? Have you checked to be sure it is updated? Have you used these two devices together in the past without experiencing this issue? If so, when did the problem start?

I have an iPhone 5c with IOS 10.2.1 and it has worked with the dock without issue before and has worked since the update. The dock was dropped a few months ago but this didn't seem to do any damage and it was working without any problems for a wholeness after. More recently the connection between the power cable and the dock has been a little faulty. Eventually someone tried to use a different cable with it which had quite a loose fit but did work for a few hours, again with a dodgy connection. It finally stopped working and now only charges the phone. I later realised the new cable has a 20V output compared to the original which has a 12V output so I wondered if that might have damaged the logic board? If it does need replacing, where could I get one?