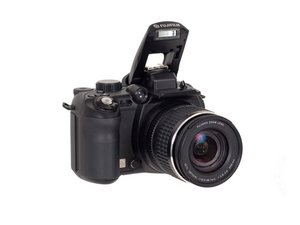 Fujifilm FinePix S9500 is a bridge digital camera released by Fujifilm in 2005 and intended for the enthusiastic amateur.

Can I fix my broken command dial myself? 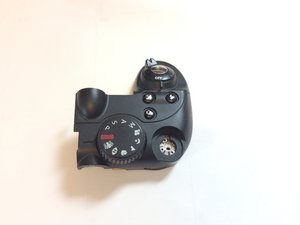 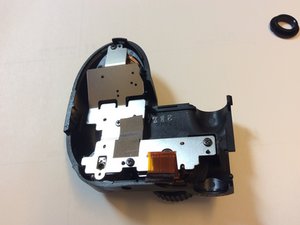 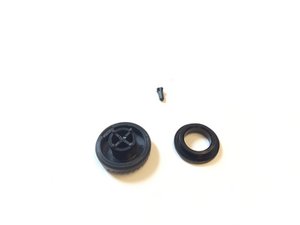 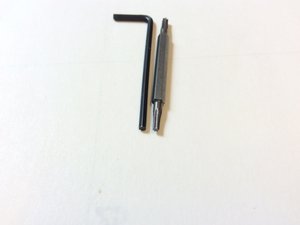 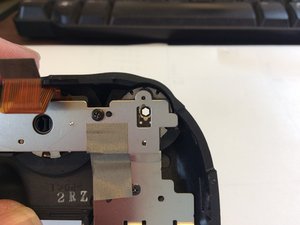 Hole appears to be Allen vs hex

@galestorming not quite sure which hex key you are referring to or what is wrong with it. Check the disassembly manual on here ==>FinePix S9500 disassembly. It looks like you are looking at the ASSY CASE TOP part number BU03065-100. Post some images of what exactly needs to be prepared with your question. It will allow us to see what you see. For that use this guide 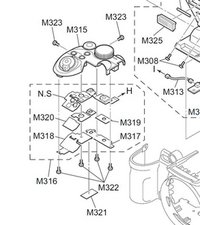 Here are some photos of my issue. I hope this helps you help me. :)

Okay looks like there are plenty of S9500 out there with the same problem Looks like Fujifilm is not help with this. A T7 Torx will fit but you will still have to come up with attaching that to the command dial. You could always cut a T7 bit to size drill the inner part of the command dial and then use some strong adhesive to glue the bit to the wheel. different camera same idea. see if that makes sense to you.

This "different camera" is exactly where I started my search. :) Jose used a T7 hex bit and drilled and glued his. I will give this a try. Thanks!

Hi gail storm did you manage to sort out the command dial problem?

Hello hbcgar, No....I did not. I got frustrated and put it aside. :( I should give it another try, huh?

Well I tried, stripped it down , and I now have issues with the mode selector, it freewheels instead of locking on a setting. Not sure what has happened as there is just a copper washer and the silver plate. I have tried fitting it back in different ways but it still freewheels.

I had exactly this problem. Used s9500s are not particularly expensive and after the command wheel came away I more-or-less wrote it off. But before finally doing so I decided to see if I could fix it myself. By that time, the plastic flanged collar had gone missing, but, amazingly, the control knob was still lying around. You can follow in my footsteps and avoid some of the mistakes I made.

The top case plate is held on by just two screws and some moulded plastic clips. It tucks under the flash so it’s easier to prise out with the flash flipped up. Try to do it gently, the whole assembly is connected to the rest of the camera by a single flexible connector which comes out easily but is fiddly to get back. The electronics is shielded by and mounted on two metal plates which are connected by a woven conductive cloth strip. Each is fixed by two screws. Don’t rip the cloth strip off, remove both plates together.

The notched metal ring will then fall away exposing the circular spring. This may also fall away or it may be retained by the two tiny anti-rotation pips moulded into the plastic. If it stays where it is, just count yourself lucky and leave it alone but be aware that there isn’t much holding it in place. The spring has two raised points which provide the click mechanism. The notched plate is supposed to be attached to the knob so that as the knob rotates, the two raised points on the spring engage with the notches on the notched plate.

And this is the first problem. The notched plate is - or was - attached to the knob is by four tiny pegs which are moulded onto the wider part of the knob shaft. They are presumably melted over during manufacture but the joint is weak and they shear off. In fact when I first saw the broken mechanism, the melted ends were still stuck in the notched plate. So brush or poke them out. Unfortunately I could not fix the plate back with glue because there is very little of the metal and plastic in contact and you have to stick it together in situ, compressing the spring to do so. A steadier hand than mine might be able to do it properly but all I succeeded in doing was to gum the whole thing up - and still it broke free. Attempts to drill and tap 0.7mm screw holes failed on account of the severe lack of material - the plastic shaft is hollow with cross-webbing. This also thwarted my attempts at inserting metal pins using heat. (Don’t!)

So you need to decide whether you are up to fixing it adequately or are prepared to live with a much softer click action. Yes, even without the notched plate etc, there is a weak click action provided by the rotary electronic part.

Which brings us to the next problem area. The pot or whatever it is, does have a hex drive and the knob used to have a hex rod to stick through the pot. This breaks off at the same time as the notched plate fixings, so it might be a good idea to turn the camera upside down and shake any broken bits out. In an ideal world one would then determine the exact size of hex stock required - perhaps by trying out allen keys. In my case I had made rather a mess of the thing, and was in a hurry, so I resorted to using a wooden tooth-pick! I had to hack a hole in the middle of the shaft of the knob and then pack the toothpick round, finishing off the “precision construction” by saturating it with super glue. (The reason I specified a tooth-pick is because they are flat rather than round and consequently engage across two of the flats of the hex hole rather well.) 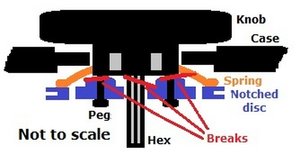 It would be nice to be able to say that this horrific bodge worked perfectly. Well, actually, it did, but there were still some pitfalls when putting it all together again. The most serious is that the mode selector - not the command dial - uses tiny lever switches which are actuated by a couple of cams. Be very careful when putting the metal plate back to make sure that the cams are not crushing the switches. I did not notice this hazard and, as a result, one of them jammed and the camera would not switch off. It turned out the case around the switch had been squashed a bit and needed levering back into shape.

Perhaps one day I shall come across an s9500 with a smashed lens going for next to nothing on Ebay and then I can fix mine properly. Meanwhile, I have quite a decent camera with a softer action to the command dial than normal but still perfectly usable. And it now has wood in its construction which is always good. I just have to remember not to hit it too hard in future.